Caught on camera: Bear carried out of Metro Vancouver backyard

VANCOUVER -- A black bear on Metro Vancouver's North Shore had to be tranquilized and carried out of a woman's backyard on Tuesday afternoon.

In videos sent to CTV News by Kristin Auger, a bear can be seen lying underneath a tree in the dirt. 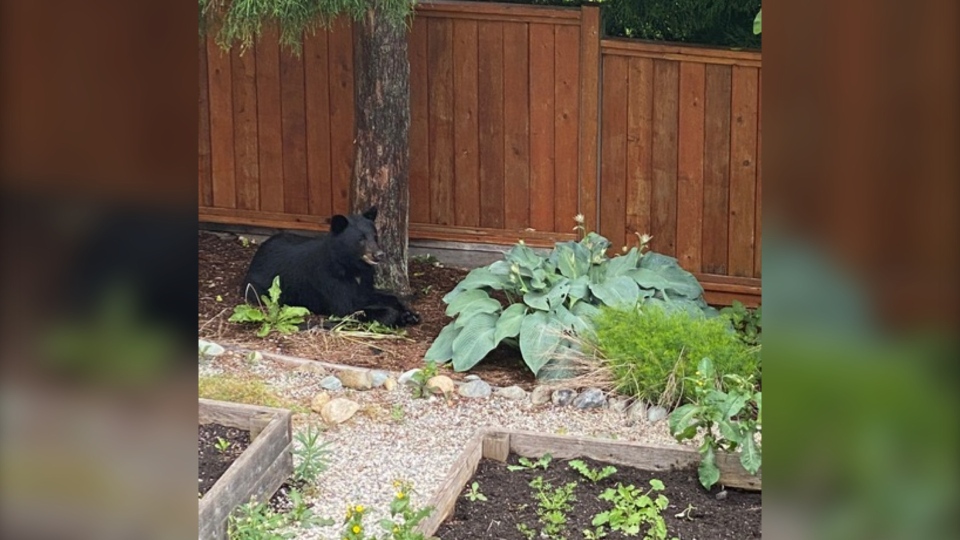 Members of the B.C. Conservation Officer Service, as well as District of North Vancouver fire, are then seen carrying the tranquilized bear and lying it down on the ground.

Fire officials confirmed they were called to assist conservation with removing a bear from a residence on Glen Haven Crescent around 12:30 p.m.

The bear was tranquilized in a tree about 20 feet above the ground. It was safely removed and relocated, according to district fire. 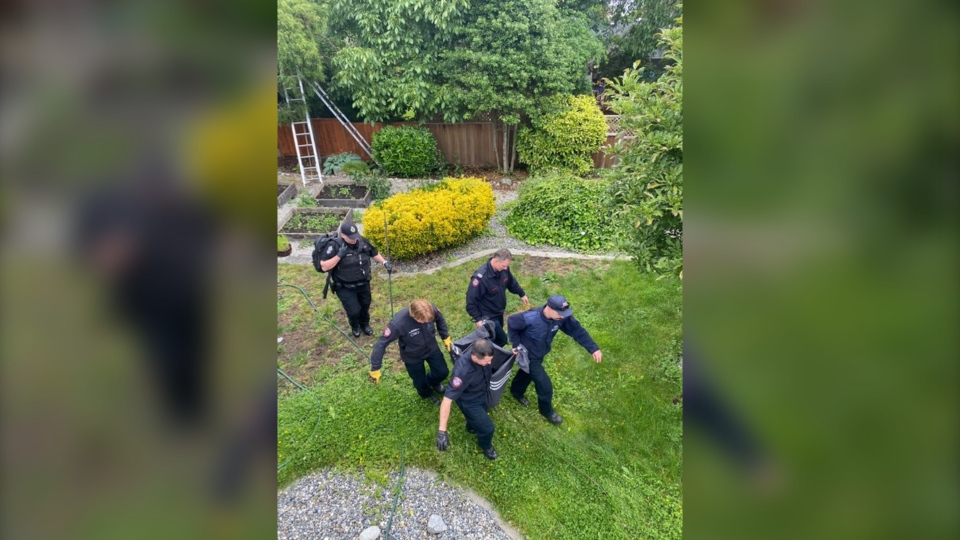