Caught on cam: Pair of lynx spotted crossing ski run at resort in the Rockies 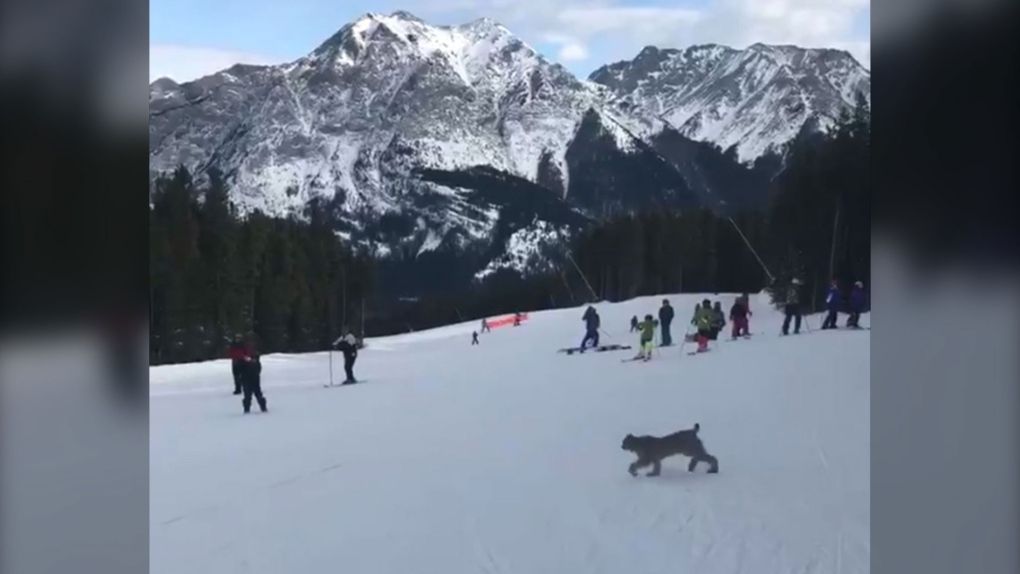 A still image from video posted to Twitter by Kelly Doody shows a lynx at the Nakiska Ski Area.

VANCOUVER -- Two wildcats were seen crossing a ski run at a resort near the B.C.-Alberta border over the weekend.

The lynx were spotted at the Nakiska Ski Area, according to witnesses who captured the encounter on video posted to social media.

The ski area is located in Kananaskis, an area of Alberta about an hour's drive west of Calgary.

Video posted online shows the animals padding through the snow in a treed area.

Twitter user Tom Graham wrote that this is mating season for lynx, and it's the only time males and females are spotted together.

Saw the coolest wild felines at work today...it’s mating season for #lynx and this is the only time you’ll see an adult male and female together. #Kananaskis #wildlife #closetospringtime #loveisintheair pic.twitter.com/iy5D99pbah

Kelly Doody captured video of what appeared to be the same pair on the same day. Her video shows a cat standing in the middle of a ski run, and a second running toward it.

The pair then runs off toward the trees on the other side.

Lynx on the hill at @SkiNakiska! Trading moguls for wildcats, green is the new black. pic.twitter.com/HUfLd00TBE