Cat that survived 3 weeks in shipping container from China now ready for adoption in B.C. 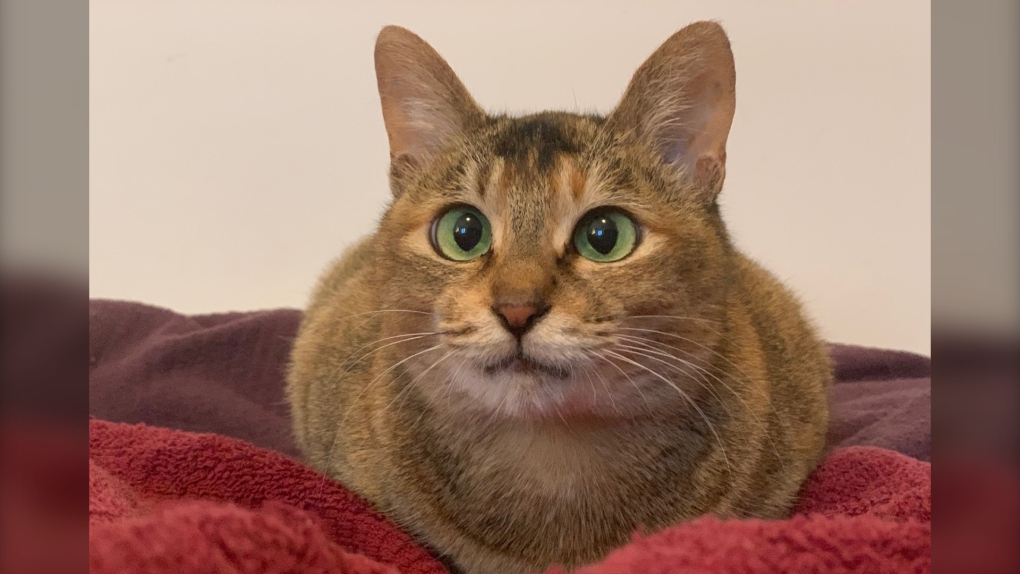 Journey the cat has been undergoing "touch-tolerance training" and is now ready for adoption. (BCSPCA)

VANCOUVER -- The cat's name is Journey. And for good reason.

The six-year-old feline traveled almost 10,000 kilometres last April after stowing away in a shipping container in Shenzhen, China.

Now, the BC SPCA says, Journey is ready to complete her journey by moving into a new forever home.

In a news release, the agency says the cat has made "incredible progress" since she was discovered in Prince George, B.C., three-and-a-half weeks after her departure.

Journey had made the trans-Pacific trip inside a 40-foot storage container with no food or water inside it. The SPCA believes she survived by drinking the condensation that had formed on the container walls.

When she arrived in B.C., Journey was weak, emaciated and terrified of human contact. Today, after hundreds of hours of care from SPCA staff and volunteers, she is physically healthy and less afraid than she once was, the SPCA said.

"She loves to play and can now tolerate being touched," said BC SPCA spokesperson Lorie Chortyk in the release. "She is ready for a forever home where she can continue to build trust with people."

During her recovery, Journey was transferred from Prince George to the Lower Mainland, and she's now available for adoption in the region, the SPCA says.

The SPCA recommends a calm, adult-only home with a predictable routine and no other cats, adding that an indoor-only lifestyle in a condo or apartment would suit Journey best.

Those looking to bring Journey into their home should also be willing to continue her "touch-tolerance training," and having experience with under-socialized cats would be an asset, according to the SPCA.