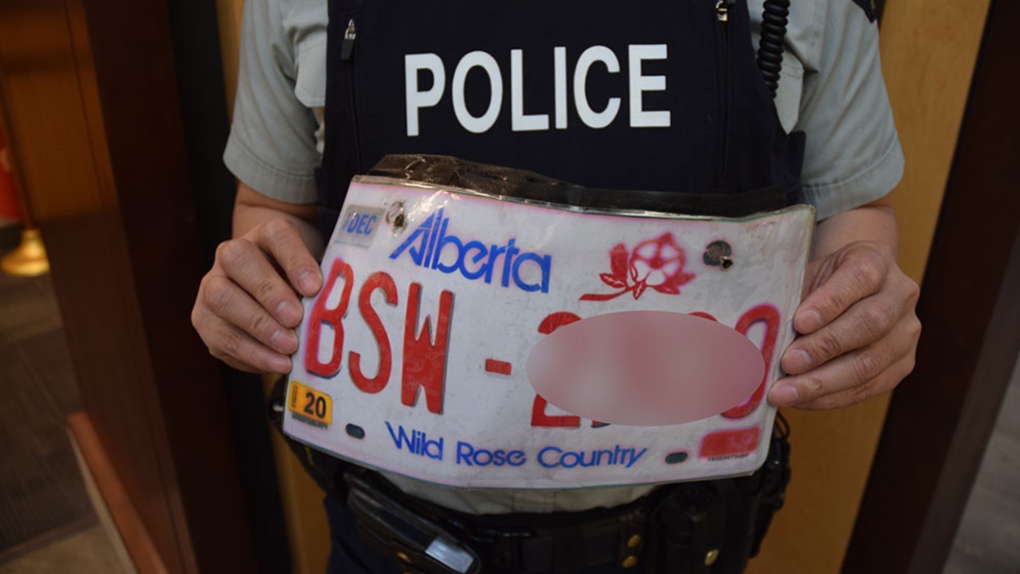 Police found a fake Alberta licence plate made out of paper while investigating a single-car collision in Port Coquitlam on Jan. 8, 2020. (Handout)

VANCOUVER -- Police are searching for the driver of a crashed car that was found sporting a "hilariously bad" fake licence plate made out of paper.

Authorities said the grey 2005 Nissan Altima crashed in Port Coquitlam, B.C. after losing a wheel on the Mary Hill Bypass back on Jan. 8.

When authorities found the wreckage, they discovered what they described as "one of the worst licence plate forgeries they had ever seen."

The fake Alberta plate was printed on paper, with a shadow effect designed to give the illusion of raised letters and numbers. Police joked that it might have been created with a colour photocopier.

"At first blush this licence plate is terribly funny, but there are serious consequences," Cpl. Michael McLaughlin of the Coquitlam RCMP said in a news release.

"People with forged plates are often driving with no insurance, or their vehicles are not roadworthy, or both. That’s both unsafe and unfair to other road users who follow the rules and pay their premiums."

There was a man and woman in the Altima at the time of the crash, but police said they quickly fled the scene when officers arrived.

Their vehicle was "seized for disposal," police added.