Canada's largest underwater volcano to be explored in B.C. expedition 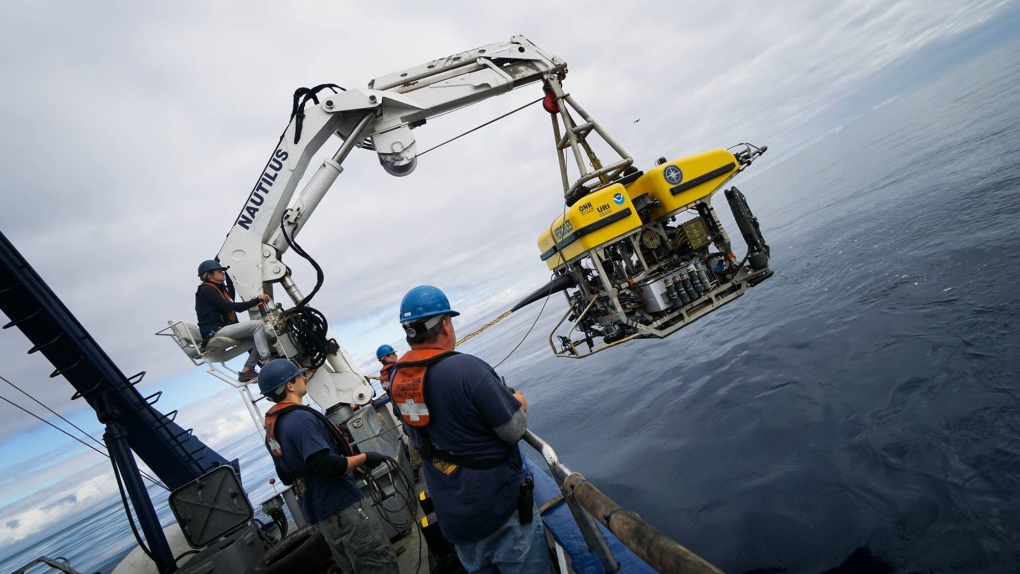 Hoping to uncover the mysteries of Canada's largest underwater volcano, a team of scientists is embarking on an expedition off B.C.'s coast this week.

On July 16, 11 team members from Fisheries and Oceans Canada, Ocean Networks Canada and the Nuu-chah-nulth Nation will depart for a two-week expedition.

Along the way, they'll have livestream footage bringing ocean enthusiasts a closer look at resident animals, animal habitats, biodiversity, volcanic sediments, any human impacts and newly discovered seamounts. Over the two weeks, viewers will also have a chance to direct questions to the scientists on the journey.

In 2017, DFO identified a location off the coast of B.C. as an "area of interest," particularly because of its seafloor features, ecosystems and hydrothermal vents. The July expedition continues from where a 2018 trip left off, when underwater species were discovered in that region. 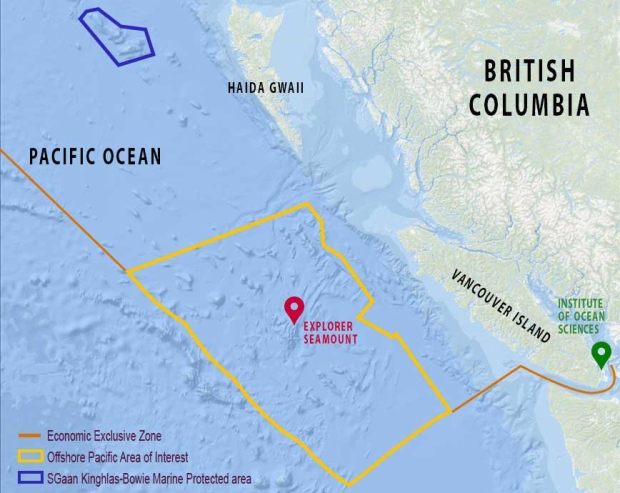 On this trip, the team will visit Explorer Seamount, which at over two thousand kilometres-squared is Canada's largest underwater volcano, according to DFO.

"We're going there because it was the last place we visited last year," said Cherisse Du Preez, a marine biologist in a video posted to DFO's Twitter feed.

"When we went down we thought we've seen 12 seamounts now, we know what's going to be down there and Explorer Seamount was just unusual in every way. It was a world by itself."

Our scientists are embarking on the adventure of a lifetime as they prepare to set off to Explorer Seamount with @Ocean_Networks and @Uuathluk to finish the work they started in 2018! #PacificSeamounts2019 pic.twitter.com/CFZ97j4I13

The seamount – which is a term used to describe underwater mountains taller than 1,000 metres – is unique not only for its size, but also for its reef-like habitat that's informally been called "Spongetopia." The expanse of sponges is so large, scientists couldn't travel the whole length of it during the 2018 expedition.

"There were ancient sponge gardens with metre-tall sponges and life like we'd seen nowhere else. So we're going back this year to figure the mysteries of why Explorer Seamount is the way it is," Du Preez said.

The team will be making use of a high-resolution drop camera with flood lights and sensors. The camera can be controlled from the ship and reach depths of 2,000 meters while delivering real-time images and ocean data.

The drop camera's first dive is scheduled for Friday, July 19 from 11 a.m. to 7 p.m. and the rest of the schedule will be updated each day on the expedition's livestreaming page.

Join us as we embark on the #PacificSeamounts2019 Expedition, aboard @CoastGuardCAN ’s J.P. Tully, to uncover the mysteries that lie buried among Explorer Seamount’s vast and uncharted #Coral and #Sponge reefs. https://t.co/ca9xgvu9AO pic.twitter.com/wxvECtwrCn