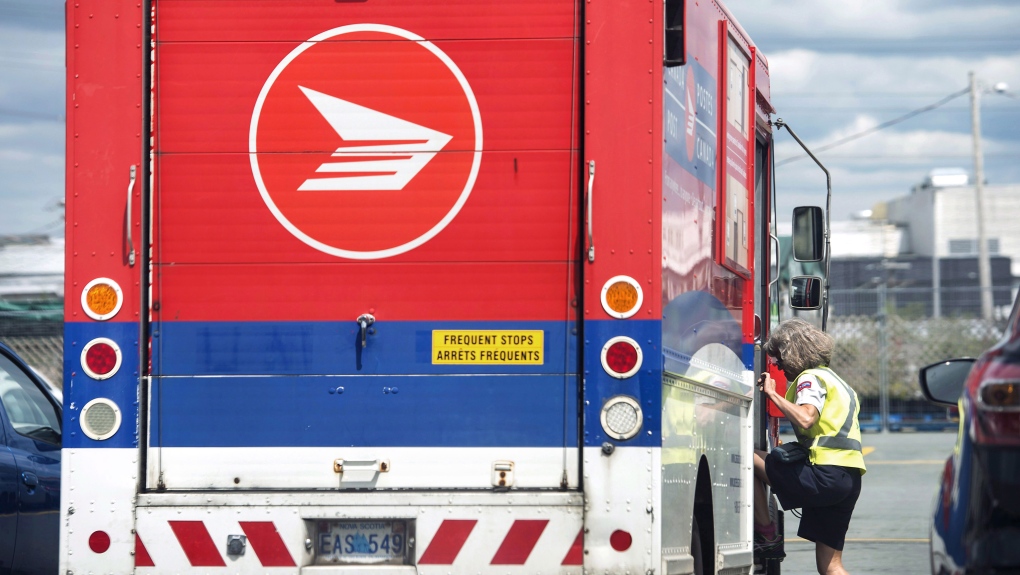 A Canada Post employee gets in a truck in Halifax in 2016. THE CANADIAN PRESS/DARREN CALABRESE

VANCOUVER -- As 2020 looks more than likely to be a record year for online shopping, Canada Post is preparing to take on the huge demand for parcel delivery expected to hit the postal system this holiday season.

Recent Google analytics show many Canadians have already started their holiday shopping, and a survey from Canada Post in June found 54 per cent were planning on starting theirs in October or November.

"Shopping early and spreading out purchases is key to avoiding the traditional short-term surge in online holiday shopping," a spokesperson for the agency said in a release. "With the expected volumes, the addition of a traditional holiday parcel surge has the potential to overwhelm capacity and cause significant delays."

Canada Post says it has prepared a "comprehensive 2020 holiday peak season plan" to deal with the expected volume of packages, including:

Experts have warned the postal system is likely to be overwhelmed this winter, as the usual holiday surge, which often delays deliveries even beyond Christmas, will be exponential because of COVID-19.

"We've literally seen 10 years of change over these last few months," Eric Morris, head of retail for Google Canada, told CTV News Vancouver. In March and April, he says: "E-commerce in Canada surged to about 200 per cent growth vs. the previous year. And while it's tapered off in the summer, it's still at close to 70 per cent growth. That's three times the historical average."

And Canada Post is asking Canadians to shop earlier than usual to avoid disappointment.

"Even with plans to upscale, add capacity and work with customers, a traditional holiday parcel surge combined with unprecedented volumes could overwhelm our capacity to process and deliver across the country," the release says.

"Customers should also look for tips and sales through their favourite retailers, read their online shipping information and track items after purchase. In addition, anyone sending a parcel to friends or loved ones this holiday should do so as early as possible."