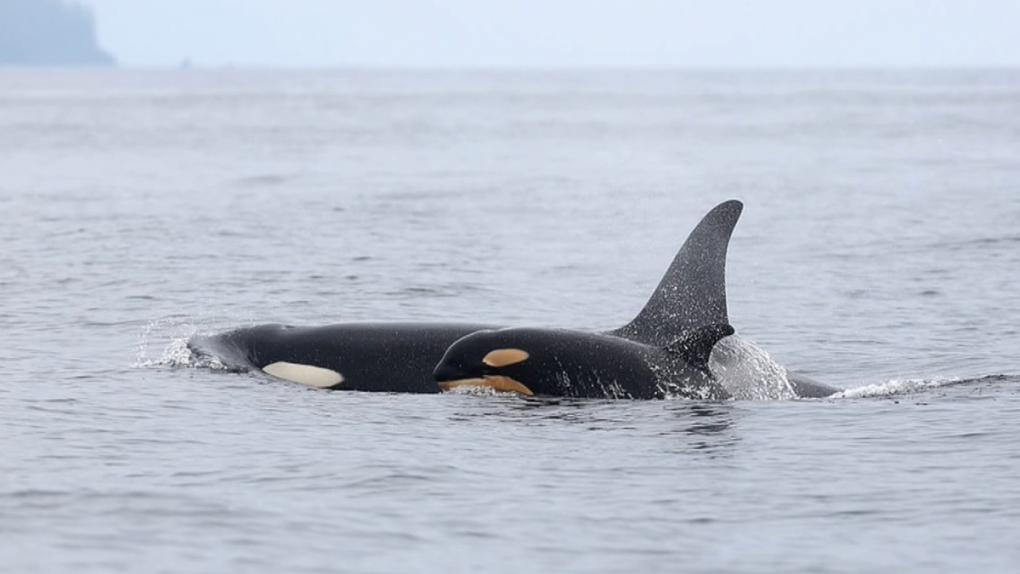 J31 and J56 are shown in an image from the Center for Whale Research.

Cameras installed at a BC Ferries terminal will help monitor passing whales around-the-clock.

The thermal imaging cameras at the Sturdies Bay terminal on Galiano Island allow scientists to detect whales in the Salish Sea.

BC Ferries said the intent of the year-long pilot project is to determine whether thermal imaging, when used with other types of detection, is a reliable and effective way to keep track of the giant mammals.

Funding mostly by Fisheries and Oceans Canada, the cameras were put in place in June and use temperature data to determine if what's being detected is a ship, smaller marine mammal, whale or simply the water.

They've also been installed near the international shipping lane in Boundary Pass.

In a statement, BC Ferries CEO Mark Collins said the company has a responsibility to understand how its activities affect wildlife, including the endangered southern resident killer whales.

"Our deck crews are always on the lookout for marine mammals, and we voluntarily report sightings to the B.C. Cetacean Sightings Network to help researchers gather information. We believe it is important to support research projects such as this one, as the marine community in general will benefit from these findings," Collins said.

If the Galiano project is successful, the setup could be used to let ships know when orcas and humpbacks are in their path. Data could also be used to identify high-risk areas so boaters can make real-time decisions to slow down or avoid the area, BC Ferries said.

"Our crews have standing permission to deviate away from whales at the captain's command when safe to do so," Collins said.

Ferry crews have also been told they can slow down if they can't navigate away.

A lawsuit was filed south of the border earlier this week seeking to establish a whale protection zone for endangered orcas in the Pacific Northwest.

The Center for Biological Diversity and the Orca Relief Citizens' Alliance are suing the National Oceanic and Atmospheric Administration in U.S. court, saying NOAA has failed to act on a 2016 petition.

The petition sought to bar vessels from an area west of San Juan Island, where orcas are known to feed between April and September.

Also this year, Indigenous groups in Canada and the U.S. called for a study of how human activity has degraded the waters off the B.C. coast before any new vessel traffic is allowed in the Salish Sea.