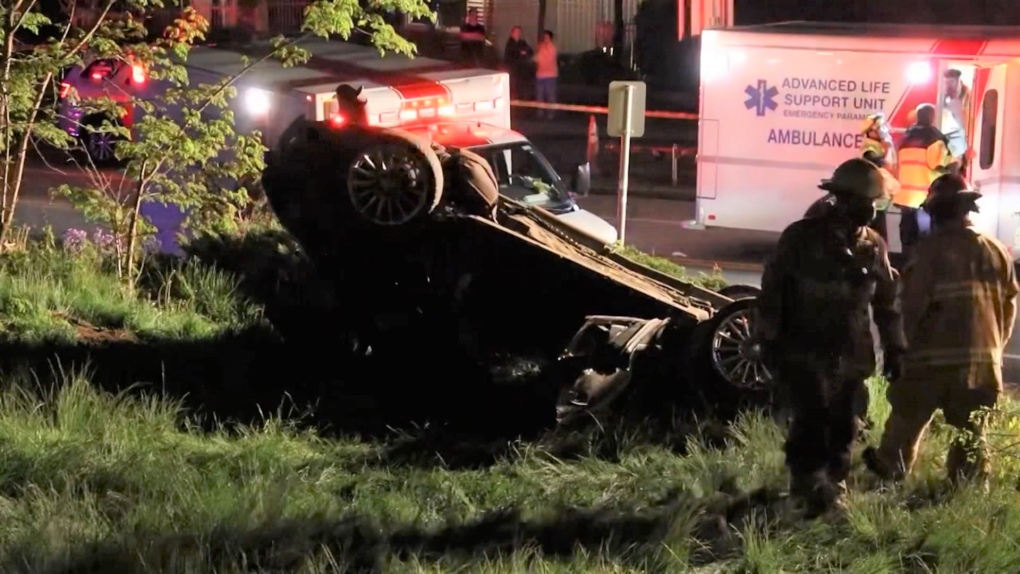 Mounties in Burnaby say a driver was taken to hospital after crashing their car on May 12, 2021.

VANCOUVER -- A driver was taken to hospital late Wednesday night after flipping their car and crashing into a tree in Burnaby.

Burnaby Mounties said they were called to the area of Kingsway and Stride Avenue at about 11 p.m.

Fire crews and paramedics were also on scene and used the jaws of life to get the lone occupant of the vehicle out safely.

While the vehicle was almost unrecognizable after the incident, the driver only had minor injuries and was taken to a hospital nearby.

Kingsway was temporarily closed in both directions near the scene of the crash.