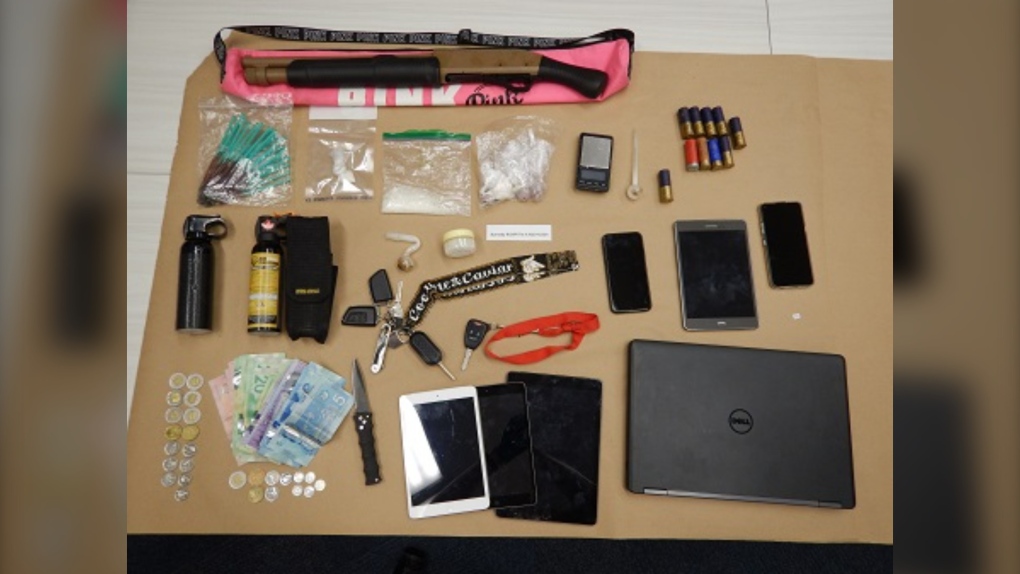 VANCOUVER -- A Burnaby man is facing up to 15 charges after allegedly being caught in a stolen car for the second time in a month, with police also seizing weapons and drugs.

In a release, Burnaby RCMP say just before 7 p.m. on Oct. 21, officers on patrol spotted a car with a stolen licence plate in the area of the 5800 block of Olive Avenue. Mounties used emergency equipment to try stop the vehicle and also blocked off the road. It’s alleged the driver rammed a police vehicle to try and escape but was eventually arrested.

The suspect is facing up to 15 charges, including weapons, drug trafficking, identification possession and several condition breaches.

Less than four weeks earlier, the same man was found sleeping in another alleged stolen vehicle. Frontline workers called police just after 1 a.m.  on Sept. 24 when they saw a man sleeping in an idling SUV in the 6600 block of Sussex Avenue, RCMP say the vehicle was stolen from West Vancouver and the licence plate was stolen from Coquitlam.

At the time, police seized cannabis, suspected methamphetamine, an imitation firearm, two prohibited switchblade knives, a digital scale and over $1,400.