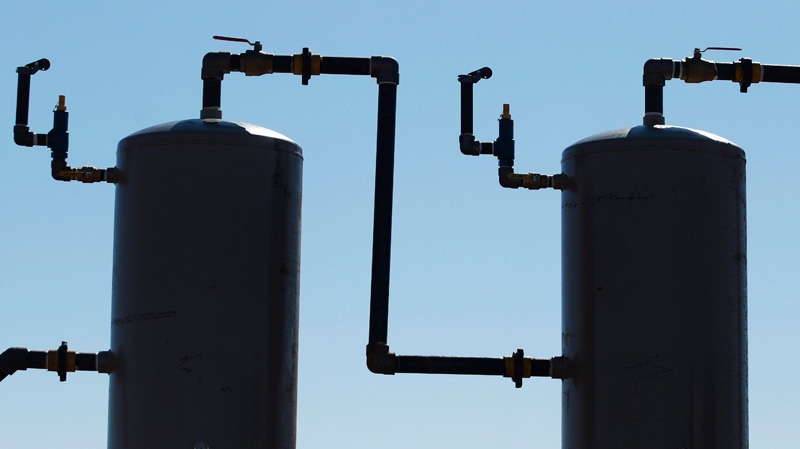 A conservation group is suing the British Columbia government for deciding two oilpatch dams are exempt from environmental rules.

VANCOUVER - A conservation group is suing the British Columbia government for exempting two oilpatch dams from environmental rules years after the dams were built.

“It seems like the government was really playing catch-up,” Olivia French, the lawyer handling the lawsuit for the B.C. Sierra Club, said Monday.

“Progress Energy acted with a bit of disregard for B.C.'s laws - one of those typical, 'Ask for forgiveness, not for permission' sort of positions,” said French.

The lawsuit asks that the exemptions given the two dams be revoked.

French said the issue is becoming too common in the province's northern natural gas fields.

A spokesman for the B.C. government was not immediately available. A statement of defence has not yet been filed and none of the lawsuit's claims have been proven in court.

Progress Energy is an Alberta company owned by Malaysian oil giant Petronas. The dams were built in 2012 and 2014 to store water used by the company's fracking operations northwest of Fort St. John, B.C.

Petronas is the company planning to build a large liquid natural gas facility on the B.C. coast.

“All the parties agreed that these are technically reviewable projects.”

However, neither ever was, despite being well over the 15-metre benchmark.

The lawsuit alleges the province's environmental assessment office “received information” in 2016 that the Progress dams may be violating the rules. It says an inspector had a look at them and determined the company had broken the law by building them without getting an environmental permit.

“Neither the exemption requests nor the project descriptions for (the dams) provided any explanation from Progress Energy for the non-compliance with the (law),” the lawsuit says.

In 2017, Progress Energy asked for the exemptions. The lawsuit cites internal communications which it says show the government was considering granting the exemptions even before the company asked.

Exemptions for both dams were granted in July.

“They were not properly applying their own laws,” she said.

The lawsuit also alleges the government made its decision based on limited information, none of which was provided to the public.

“It just seems that these dams, which were built without licences and authorizations, should have been subject to a higher level of scrutiny,” said French.

“The B.C. government's response to this sets what may be a dangerous precedent, which may encourage other companies to follow in Progress Energy's footprints.”

French points to a 2017 study from the Canadian Centre for Policy Alternatives, which found 13 other Progress Energy dams were being retroactively reviewed by B.C.'s energy regulator. That report suggested there were “dozens” of other large, unlicensed dams operating in the province.

“Records obtained by the (centre) indicate that the Oil and Gas Commission, Ministry of Forests, Lands and Natural Resource Operations and the BC Environmental Assessment Office are all aware of numerous unauthorized dams, and that they may contravene key provincial laws and regulations,” the report says.

“(The centre) found there's a pattern of developers failing to follow the law, especially in northeastern B.C.,” she said. “This is a concern.”