Border jumper avoided arrest by floating down a B.C. river for hours: Mounties 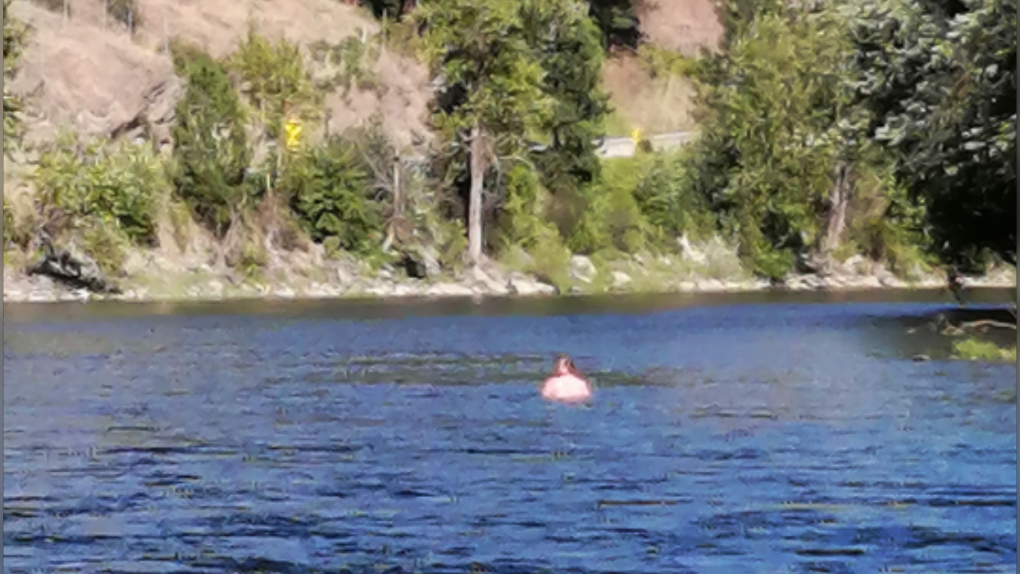 Mounties say a man who allegedly jumped the border from Washington into B.C. evaded capture for more than two hours by floating down the Kettle River. (Grand Forks RCMP)

VANCOUVER -- B.C. Mounties say a border jumper has been arrested after he managed to evade capture by leading police on an hours-long "float chase" down the Kettle River.

Grand Forks RCMP say they were contacted by Stevens County Sheriff around 1 a.m. Friday about a stolen vehicle that had entered Canada illegally at the closed Port Cascade border crossing. The sheriff had tried to stop the vehicle in Kettle Falls, Wash.

​"A spike belt was deployed successfully by U.S. officials, however, the suspect continued to drive and allegedly rammed through the barriers at the border before dumping the vehicle and fleeing on foot into Canada," Mounties said in a statement Monday.

Officers in Grand Forks found the stolen vehicle in 7200-block of Highway 3 outside of the downtown core, but the man was not located.

The suspect was spotted later that day close to where the stolen vehicle was found.

Officers tried to arrest him, but the man jumped into the Kettle River and floated there for two and a half hours to try to avoid being caught, according to RCMP.

By walking along both sides of the river bank, Mounties from Grand Forks and Midway were able to track him down.

"At a point where the river narrowed, an RCMP officer, along with some Good Samaritans, were able to wade into the river and escort him back to shore," police said, adding the Washington state man was taken into custody "without further incident."

The suspect was turned over the Canada Border Services Agency on Saturday.

Mounties say they will be working with CBSA to determine possible criminal charges, as well as charges under the Immigration and Refugee Protection Act. ​They will also be working with officials in the U.S. on their investigation.

"We would like to thank the Good Samaritans who assisted us in helping to safely escort this male to shore where he could be taken into custody," Sgt. Darryl Peppler said.