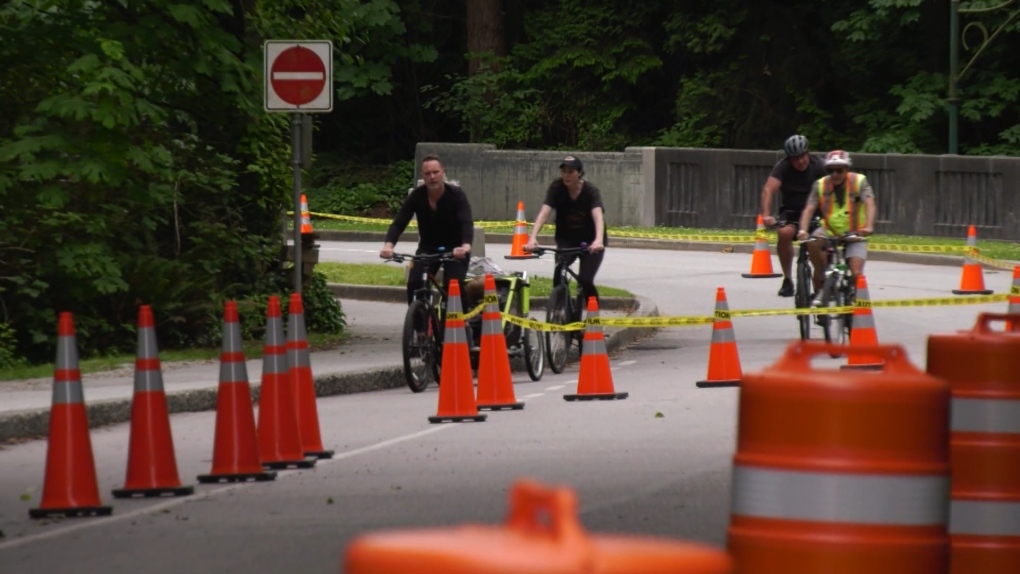 VANCOUVER -- Multiple Vancouver businesses are speaking out in the hope of blocking a motion to bring back a temporary bike lane in Stanley Park.

The initial change was made at the start of the pandemic to get people outside and give people more space along the seawall.

Park board commissioner Camil Dumont is presenting a motion to make that change again this season, with a bike path on Park Drive dedicated to cyclists. His motion proposes having that lane re-established as soon as possible and remain in place until about Oct. 31.

"Bottlenecks brought traffic to a halt and access to many parts of the park was restricted for drivers, seniors and disabled visitors," a joint news release from multiple business owners says.

"Businesses operating in the park were impacted and there was often no way to pass slow-moving traffic like horse-drawn carriages and tour buses."

The motion will be brought to the park board on March 8.