Beer tanks worth $20K each stolen from Metro Vancouver brewery 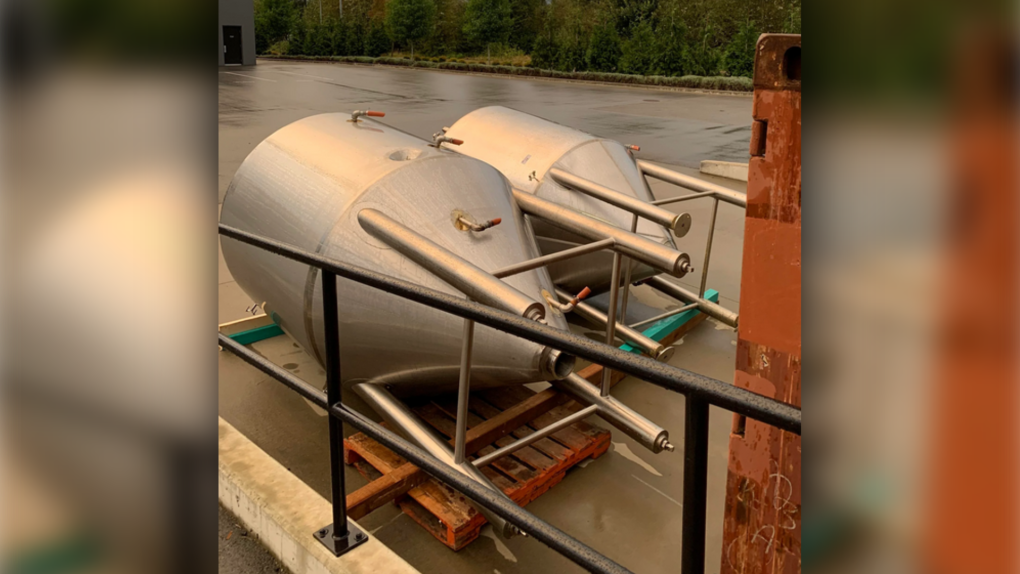 VANCOUVER -- Police are searching for surveillance video after someone stole two large beer tanks from a new brewery under construction in Metro Vancouver.

Boardwalk Brewing owner Phil Saxe told CTV News they left the custom fermenting tanks in the loading bay of the Port Coquitlam business to make room for the construction going on inside.

"Came in on Monday afternoon and noticed those tanks were no longer there," he said.

Trying to open a new brewery in 2020 has already proven hugely challenging, said Saxe, who called the theft of their fermenters just one more "major blow."

The tanks cost around $20,000 a piece, according to the brewery.

The custom items are about 12' tall and 5' in diameter, and Saxe believes whoever took them from the Seaborne Avenue probably knows their way around heavy machinery – as it probably would have required a forklift or a crane to lift them.

"We've mainly used cranes in the past to move (them) around," he said.

It's unclear who might have taken them, but the brewery owner guessed it was either someone planning to sell them out-of-province or potentially trying to offload them as scrap.

"If they cut it down and brought it to a scrapyard, they could get a few thousand dollars," Saxe said. "Unfortunately, these tanks are worth quite a bit more than the scrap value, especially to us."

Coquitlam RCMP confirmed that officers were sent out to canvas the area for video. It's unclear whether the thief or thieves were caught on camera.

Saxe shared a picture of the tanks online Monday in the hopes that someone will recognize them and come forward. The brewery is even offering a reward for information that leads to the return of the tanks – and while the actual compensation hasn't been determined yet, Saxe promised the Good Samaritan would definitely be in for "a lot of beer."