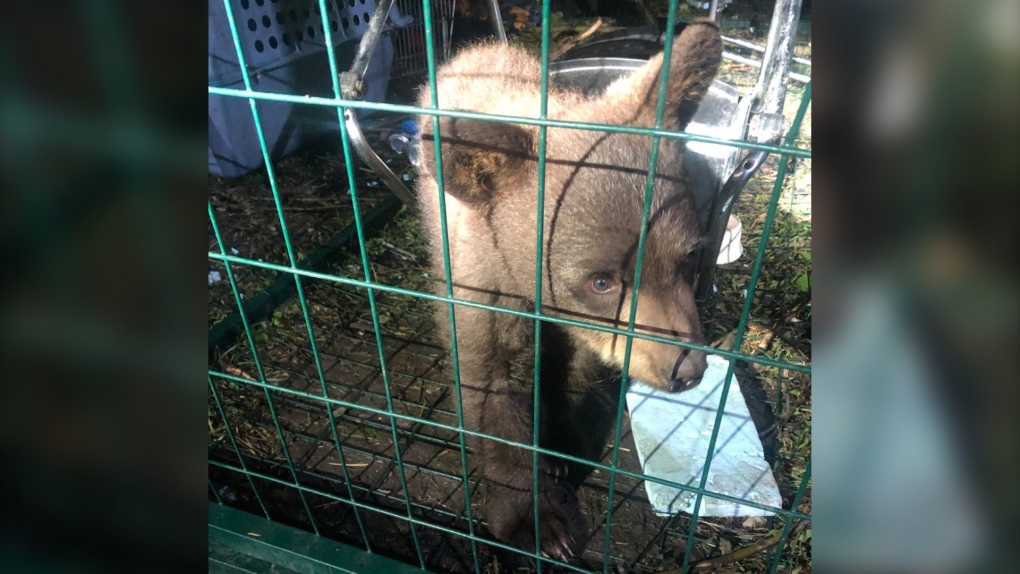 The B.C. Conservation Officer Service and RCMP say a bear cub was found inside a cage at a rural property near Hudson's Hope. (RCMP)

VANCOUVER -- A 25-year-old man is facing possible wildlife charges after officials say a caged black bear cub was found on a rural property near Hudson's Hope.

RCMP say they were responding to a home on Farrell Creek on June 9 to arrest a man for dangerous driving and theft.

"Upon arrival, the officers observed several stolen items related to a number of thefts in the area, as well as a caged black bear cub," Hudson's Hope RCMP said in a statement.

A warrant was executed on the property with the assistance of the B.C. Conservation Officer Service. RCMP say they found illegally stored and stolen firearms; tools; seven stolen vehicles including pickup trucks, ATVs and motorcycles; as well as medical gear and other items.

The bear cub was seized by the B.C. Conservation Officer Service and taken to a wildlife sanctuary.

Justin Thibault is in custody pending a bail hearing. Mounties say he is facing numerous firearms and possession of stolen property charges, as well dangerous operation of a motor vehicle, break and enter, and wildlife charges.

Police say a 29-year-old woman, whose name they did not provide, was also arrested and released with a future court date.