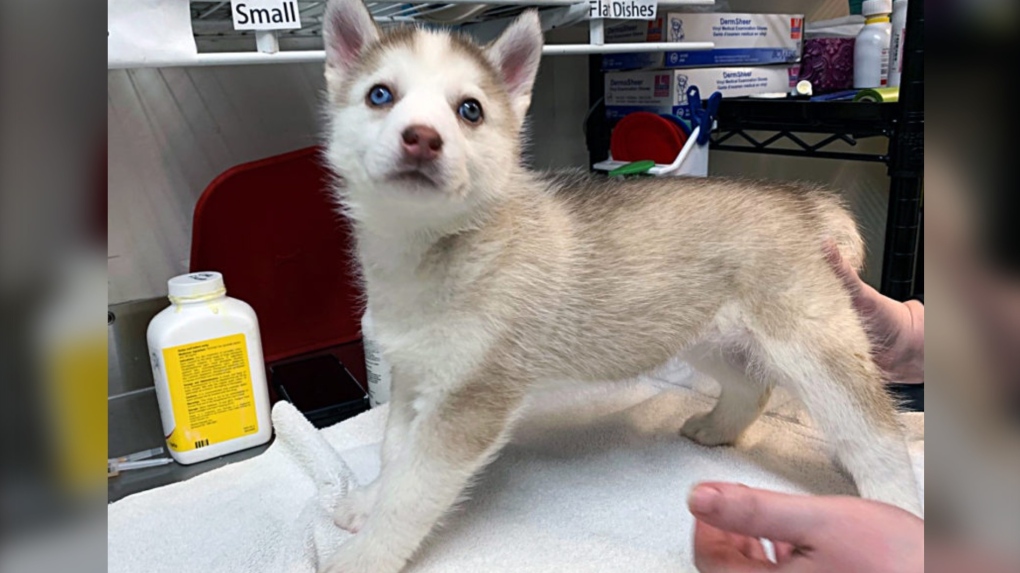 The BC SPCA has a litter of husky puppies in its care that were born in protective custody. (SPCA)

VANCOUVER -- The BC SPCA has won legal custody of four adult huskies and a litter of puppies that were born while in the animal welfare organization's care.

On Christmas Eve, the SPCA seized the four adults and 17 puppies from neglectful conditions at a property in B.C.'s Interior. At the time, Mounties responded to a complaint and found puppies no older than 10 weeks old living outside in the snow.

In the following weeks, the SPCA asked the public for ideas on what to call the pups, and eventually all were named based on a northern theme. By late January, the 17 puppies and four adults were all adopted out.

After the dogs were seized, a litter of puppies was born in the SPCA's protective custody. The BC Farm Industry Review Board, which oversees disputes from owners who have had animals seized, ruled that those puppies should stay in the SPCA's care.

"We are pleased that the board recognized that it would not be in the best interests of these dogs to return to their former environment," said Lorie Chortyk, BC SPCA general manager of communications, in a news release.

The location of the dogs isn't being disclosed because of safety concerns, the SPCA said. They also didn't indicate how many puppies were in this new litter.

"We are not accepting new applications at this time because we received more than 1,200 applications for the 17 puppies in January, so we are approaching these individuals regarding adoption first," Chortyk said.

Those first 17 puppies have found homes across the province in the Okanagan, the Lower Mainland, Vancouver Island, northern B.C. and even in Banff, Alta.