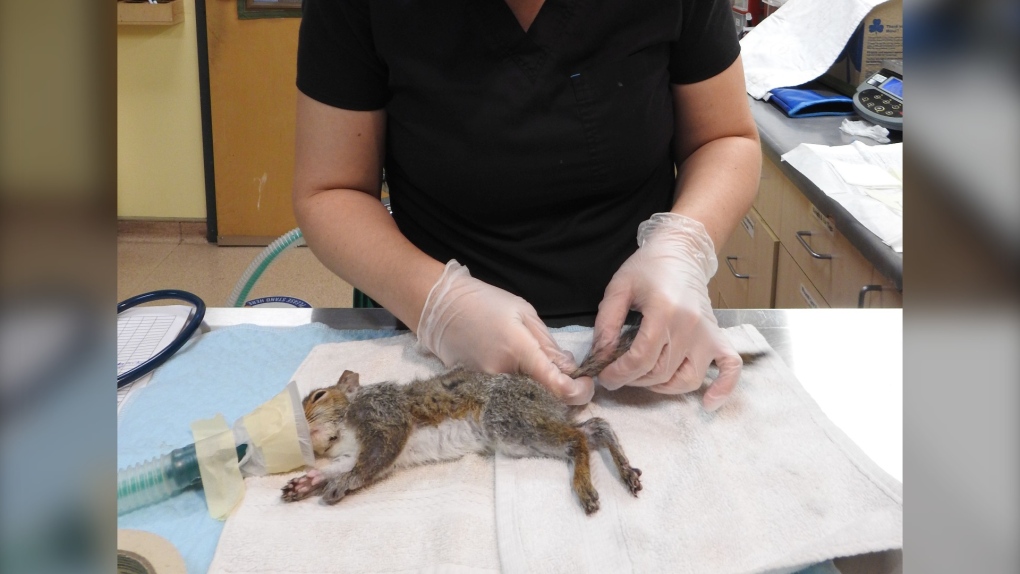 VANCOUVER -- No job is too small for the BC SPCA. The group is asking for donations to help pay the medical expenses for a group of juvenile squirrels that were found stuck in tree sap.

On the donation page, the group says a member of the public called for help after finding the five young siblings caught by their tails. The sap had melted in extreme heat and fused them to the grass.

It took the wildlife team more than an hour to free the animals so as not to hurt them further, it’s believed they had been stuck overnight and had tried to chew through their tails to free themselves.

One squirrel was so badly injured it needed to be euthanized, while the others have had to have a portion of their tails amputated. Three are now recovering in an enclosed outdoor space, but the SPCA says the fourth had some complications and needs a little extra TLC.

But their care isn’t over. The SPCA says “these adorable squirrels require food, medical supplies, medicine, enclosure upkeep, and enrichment during their recovery which can be very expensive.”