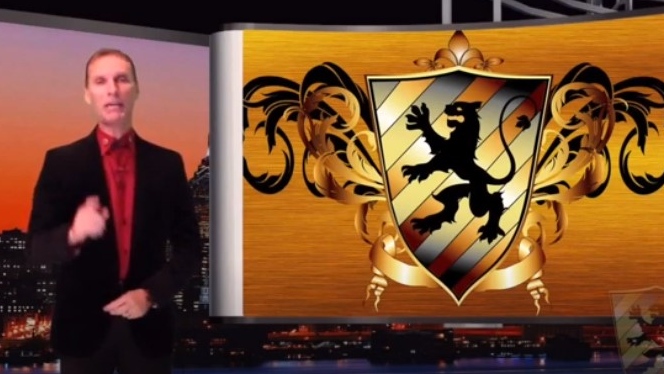 A still image from a video encouraging people to invest in DRFR Enterprises LLC, which the B.C. Securities Commission says is a Ponzi and pyramid scheme (YouTube/DRFR TV Global).

VANCOUVER -- Two Metro Vancouver residents have been fined for their role in a worldwide Ponzi and pyramid scheme that duped victims into thinking they were investing in gold mines.

Monita Hung Mui Chan, of Burnaby, and Marie-Joy Vincent, of Surrey, admitted to participating in the scheme, which raised about US$15 million from more than 1,400 investors around the world.

For their part, the pair raised more than US$330,000 from 52 investors, and distributed pamphlets and application forms to potential investors, according to an April 20 ruling from the B.C Securities Commission.

The Ponzi scheme involved selling memberships to two companies that claimed to own gold mines.

“In reality, the entities did not have any gold reserves, and their only source of money was investors.”

Vincent admitted to sending completed application forms to the Ponzi scheme leader, Daniel Rojo Fernandes Filho, while Chan admitted to appearing in a promotional video beside him.

Filho, a Brazilian man who was living in Florida when he orchestrated the scheme in 2014 and 2015, was convicted of committing securities fraud by U.S. federal courts in 2019. A collaborator, C. Perez Valdes, a former Florida resident, along with several others were also convicted in the U.S.

“Chan and Vincent admitted that they participated in the scheme in B.C. by assisting Filho when they should have known that his claims were false,” reads the ruling.

A 2015 video on a YouTube channel, which claims to represent both companies and is connected to a presenter with the name Daniel Filho, includes a lengthy presentation on the companies’ supposed success.

“Out of the 54 mining operations we have on reserves, we are expecting to grow in order to accommodated all the members, because the business is growing extremely really fast, faster than we expected,” says the presenter.

"That requires an increase of production, because we don't want to fail, we want you to be proud, just like we are … this is your opportunity not only to make money, to help others.”

The pair are also being banned from participating in a variety of financial market and promotional activities for varying lengths of time.