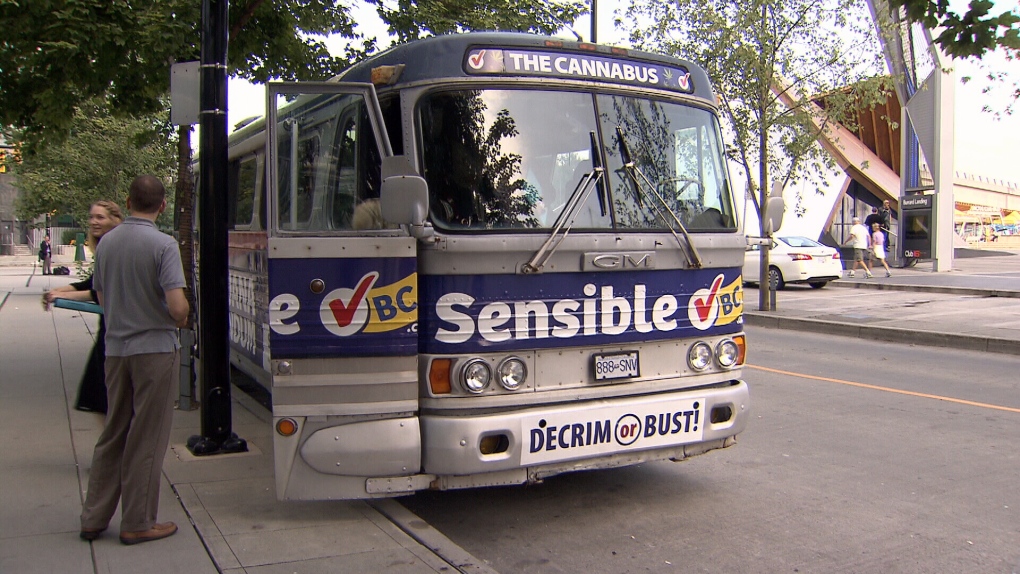 Towns across the province can expect to see Sensible BC volunteers roll up in the “Cannabus" as they try to get enough signatures to hold a referendum on the province's pot possession laws. (CTV)

The Sensible BC petition campaign for marijuana law reform wrapped up its first month about 15,000 signatures short of its target, according to founder Dana Larsen.

“We’re still well within range of hitting our targets. We’re seeing substantial growth every week in terms of signatures and registered canvassers,” Larsen said in a statement.

The number of registered canvassers working on the campaign has ballooned from about 1,600 at the outset to more than 3,000 now, according to the group.

Larsen said the process of registering new canvassers slowed their progress in the early weeks of the campaign, but he expects things to pick up in the second month.

“The bureaucracy required is quite formidable,” he said. “Much of the first two weeks was spent getting people organized and ready to go.”

Sensible BC is pushing for an amendment to the Police Act that would prevent officers from enforcing simple pot possession laws.

If the campaign can collect signatures from 10 per cent of registered voters in each of B.C.’s 85 ridings by November, it would force the government to either vote in the legislature or hold a non-binding referendum on the issue.

Larsen said the campaign is ahead of schedule in Nelson, Kelowna and Kamloops, but has been having trouble in Prince George, he added. Metro Vancouver is expected to present the biggest challenge due to sheer numbers.

If each canvasser can collect three signatures per day for the remaining 60 days, they will achieve their goal, Larsen said.

A list of petitioning locations is available at the Sensible BC website. Anyone looking to help gather signatures can register at the same site.