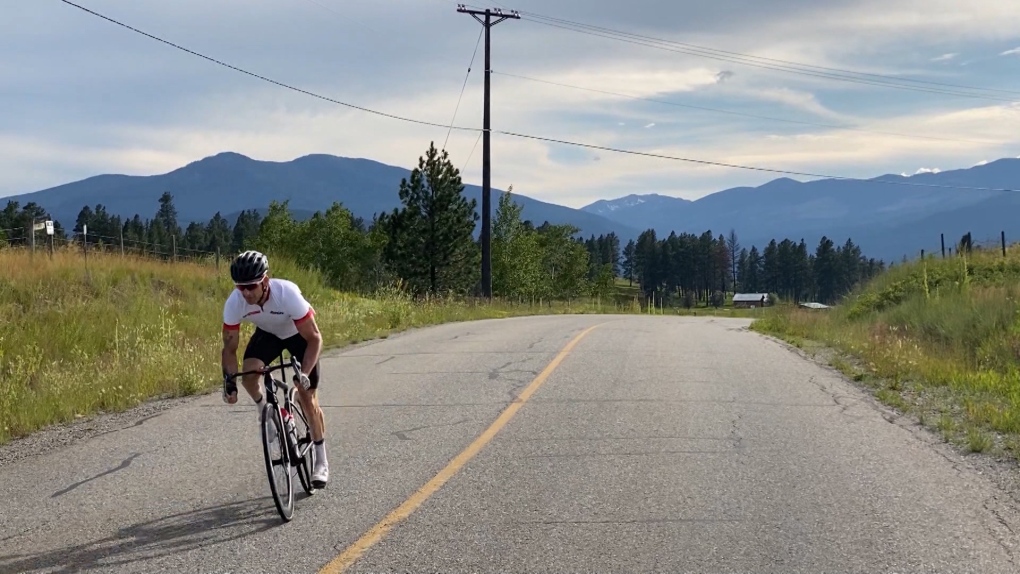 The three-time Paralympic medalist from Cranbrook was set to compete in the summer games but is now preparing for a gruelling ride through southern B.C.

VANCOUVER -- After the Tokyo 2020 Paralympic Games were postponed due to the global health crisis, Tristen Chernove shifted gears and set his sights on tackling another feat.

The three-time Paralympic medalist from Cranbrook was set to compete in the summer games but is now preparing for a gruelling ride through southern B.C.

Chernove said he hopes to make the trip from Fernie to Merritt which spans 1,000 kilometres, in just three days. He would be the first Para-cyclist to complete the trek.

It's part of the BC Epic 1000, an almost entirely off-road and self-supported cycling challenge, which raises money for the Canadian Paralympic Foundation.

The foundation aims to provide more opportunities for Canadian athletes with disabilities to participate in various sports.

He recognizes the impact funding from the organization has had on his own cycling career and is excited to help give back to other athletes.

"It was one of those foundations that I could try to give back to, that was very personal," Chernove told CTV News. "I know exactly how the work they do plays out in the lives of people living with a disability."

The 45-year-old took home three medals at the 2016 Summer Paralympics in Rio, including a gold, silver and bronze. He also captured 13 world titles.

Chernove plans to set off on his journey before sunrise Saturday, where he hopes to raise $40,000 for the Canadian Paralympic Foundation.

"I do my best as far as performing as an athlete when I have difficult challenges to rise to and this to me looked like something that would challenge me on many levels," said Chernove, in a news release.

He adds that he's never done any long distance cycling events before and is new to self-supported biking.

"This is providing something else for me to focus on and push myself in a different way."