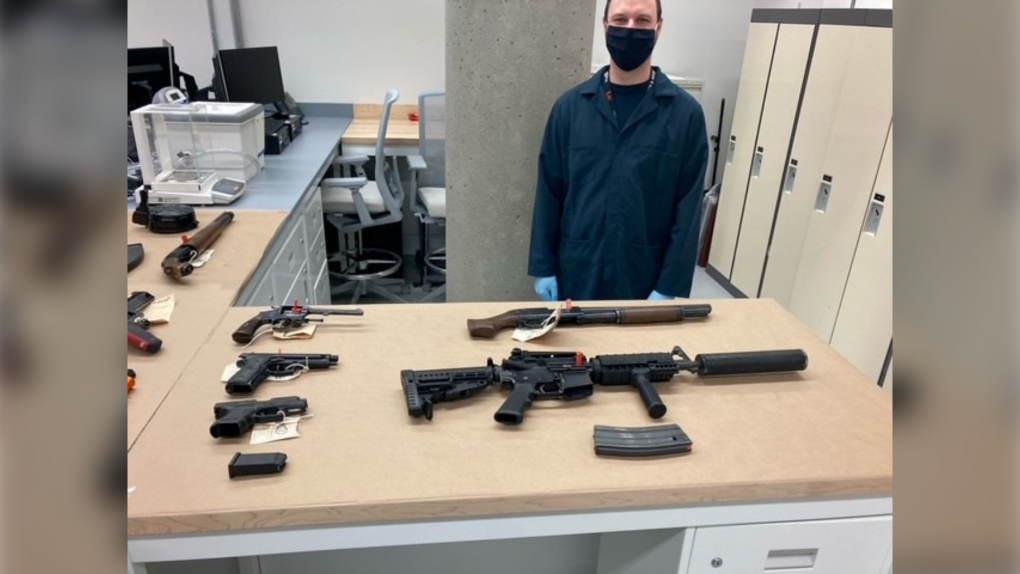 In an effort to tackle organized crime and gun violence in B.C., the province has opened its own forensic firearms lab. Source: B.C. Government

In an effort to tackle organized crime and gun violence in B.C., the province has opened its own forensic firearms lab.

In a news release, the province said the facility will be a “centralized firearms intelligence hub” that will assist police by analyzing illegal firearms used for criminal activity and seized by officers.

Minister of Public Safety Mike Farnworth says the lab will help police build intelligence on those weapons, including ones used in gang-related shootings. He also added the information will “aid in prosecutions, so that dangerous criminals can be put behind bars and are no longer putting British Columbians at risk.”

The $1.2-million lab is funded through the federal Guns and Gangs Violence Action Fund and established under the Organized Crime Agency of BC.

Jinny Sims, MLA for Surrey-Panorama, said residents of Surrey are “tired and frustrated” by recent acts of violence and want more to be done.

A provincial firearms intelligence hub was one of the recommendations from the B.C. government’s Illegal Firearms Task Force in 2017.