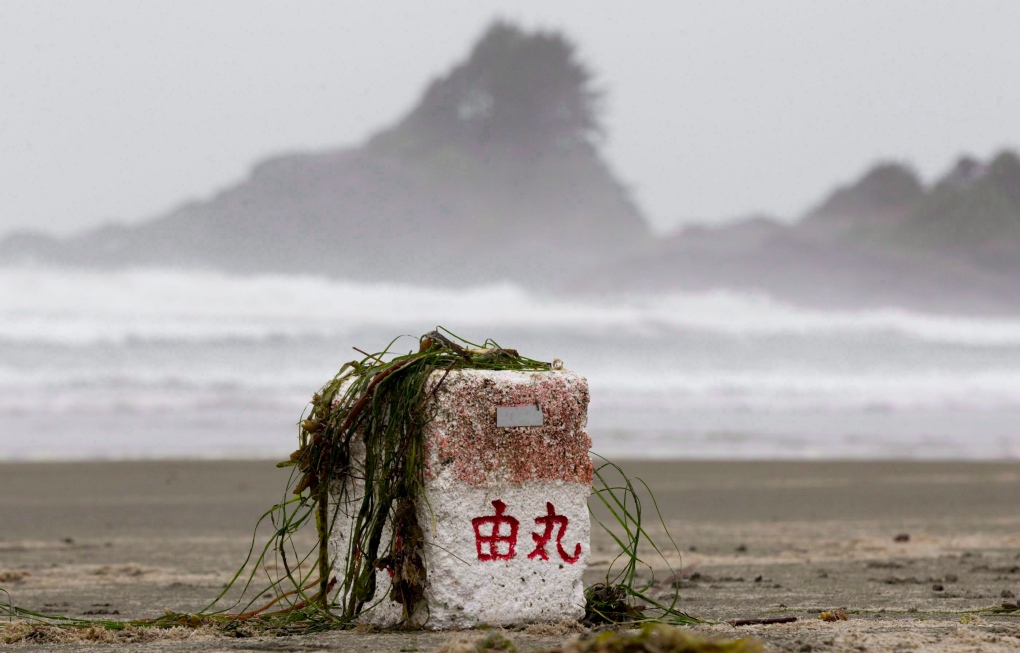 Ocean debris believed to be from Japan is posed for a photograph on Long Beach in Tofino, B.C. on April, 18, 2012. (Jonathan Hayward / THE CANADIAN PRESS)

VANCOUVER - A British Columbia MP is calling on Ottawa to set aside money to manage debris from the Japanese tsunami expected to wash ashore on West Coast beaches.

New Democrat Peter Julian says Environment Minister Peter Kent has made it clear that no additional money will be allocated for debris cleanup.

B.C. Environment Minister Terry Lake has said a very small percentage of debris is expected to wash up on the province's beaches but it could increase as winter storms batter the coast.

Lake said B.C. and Ottawa have so far put aside about $100,000 for debris management and discussions about the issue, that include Japan, are continuing.

The province has also signed an agreement with Washington state, Oregon and California to collaborate on managing the debris.