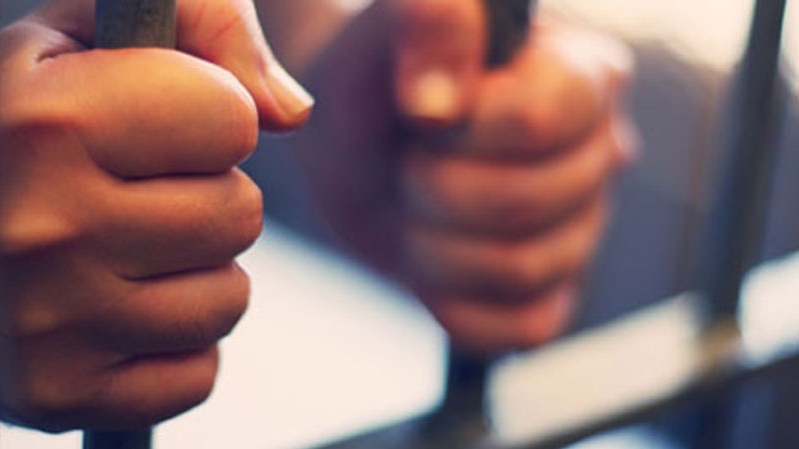 A person is shown gripping cell bars in this CTV file photo. (CTV)

VANCOUVER -- A British Columbia man convicted of criminally harassing his ex-wife through a revenge website has been sentenced to nearly four years in prison.

After time served is taken into account, Patrick Fox will spend nearly two years in prison and be on probation for three years after his release.

Fox was found guilty by a jury in June of criminally harassing his ex-wife Desiree Capuano through threatening emails and a website that maligned her as a white supremacist, drug addict and child abuser.

He was also found guilty of possessing firearms in a place he was not authorized to do so.

Fox was sentenced to three years for criminal harassment and 10 months for the firearms offence, to be served consecutively.