B.C. lawyer, known for role in Canada's acknowledgment of Indigenous title to land, dies at 88 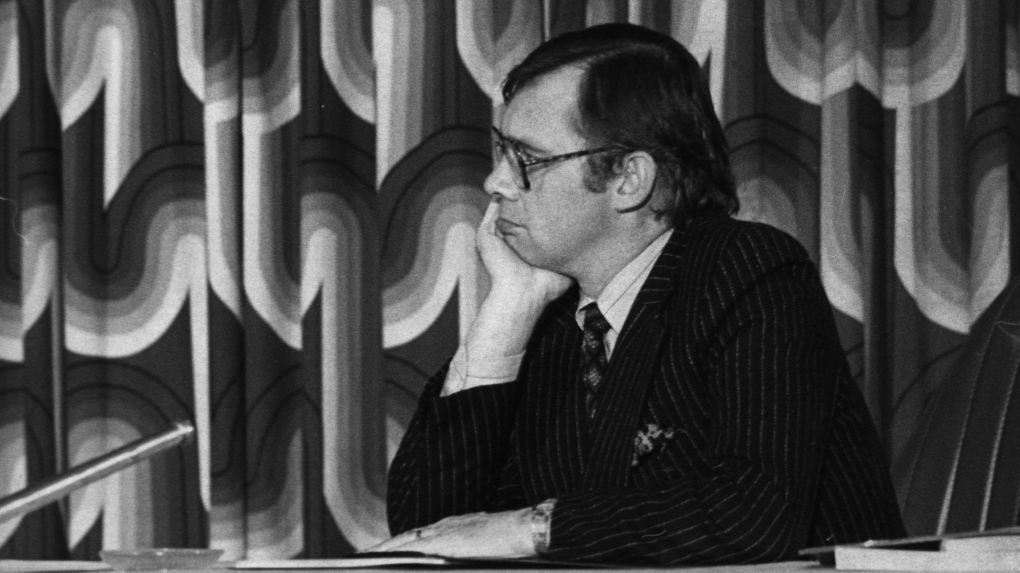 Then-chief justice Thomas Berger of the Supreme Court of British Columbia struck a pensive pose on March 6, 1974, in Yellowknife, as he listened to testimony at a federal inquiry into development of a natural gas pipeline through the Mackenzie Valley. (The Canadian Press)

VANCOUVER -- Thomas Berger, a British Columbia politician, lawyer, judge and commissioner whose work led Canada to recognize Aboriginal title to land, has died of cancer at the age of 88.

Berger's daughter, Erin Berger, said her dad was active until hours before his death Wednesday, despite receiving a diagnosis of terminal cancer just two months earlier with a prognosis of six months to live.

“He wanted that. Just a fast departure,” she said in a telephone interview.

The man she described as “someone who never wasted his time,” had been revising his obituary, coming up with more book ideas and sifting through boxes of old papers, notes and cases.

“We kept finding more,” Berger said of the archiving of her dad's files.

Berger retired last year at the age of 87 but was still awaiting a court ruling on what will now be his final case, this one representing Manitoba Metis, Erin Berger said.

B.C. Premier John Horgan said in a statement that Berger was a “giant,” who “spent a lifetime working to address injustice.”

His daughter, also a lawyer, worked side-by-side with her dad for 15 years and said the key to his prolific and groundbreaking production was that he loved the work he did.

His arguments before various courts of appeal or victories at the Supreme Court of Canada were “just good, hard work that he always enjoyed,” said Erin Berger.

Thomas Berger was a former leader of B.C.'s New Democratic Party and a B.C. Supreme Court justice, but it was his belief in Indigenous rights and his compassionate management of the Mackenzie Valley Pipeline Inquiry that confirmed his place as an icon of legal and social justice.

He acted for Nisga'a elders in 1973 in a Supreme Court of Canada appeal that resulted in the first-ever acknowledgment of the existence of Aboriginal title to land.

Horgan called Berger's work as commissioner of the Mackenzie pipeline inquiry in the 1970s an “unprecedented public consultation process,” highlighting unresolved land claims and the threat to wildlife and an entire way of life in Northern Canada.

The statement from Horgan said Berger is owed a debt of thanks and gratitude.

“He spent a lifetime moving all of us towards a just society,” said Horgan.

“His kindness and generosity will long be remembered. His thinking will continue to influence us for generations to come.”

Jody Wilson-Raybould, a former federal justice minister and Independent member of Parliament for Vancouver Granville, said in a social media message that Berger was a “great champion of Indigenous peoples and rights.”

“A true trailblazer who helped change this country for the better while personally sacrificing to do so,” wrote Wilson-Raybould.

Berger is survived by his wife of 65 years, Beverley, two children and three grandchildren.

A small memorial is being planned for the family, Erin Berger said, while a larger celebration of life may be possible this summer.

This report by The Canadian Press was first published April 29, 2021.