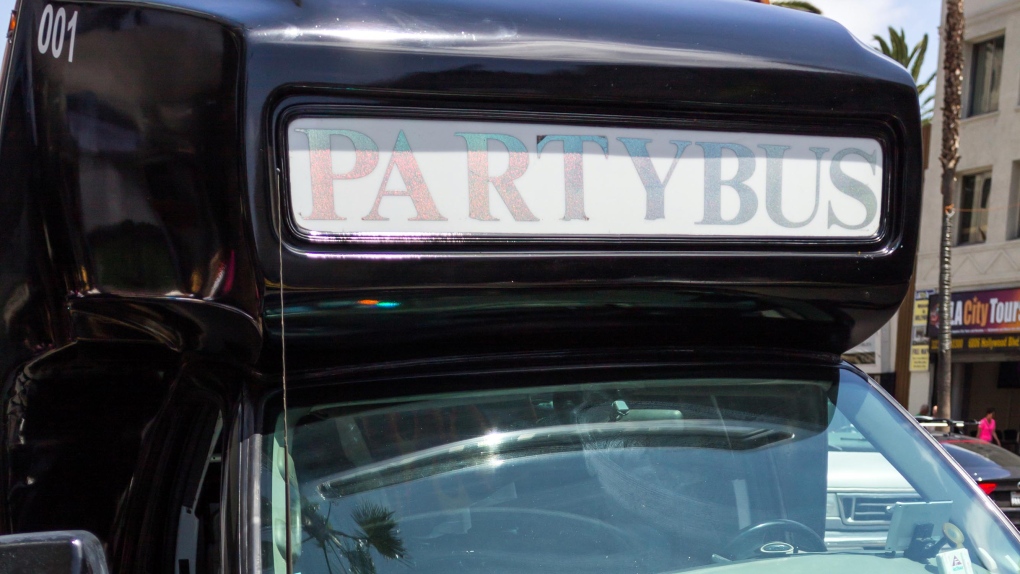 A party bus is seen in this file image from Shutterstock.

VANCOUVER -- With the recent tightening of restrictions on social gatherings in the two health authorities that host the bulk of B.C.'s nearly 6,000 active cases of COVID-19, the provincial government announced additional fines for rule-breakers this week.

On Friday, the B.C. government announced that it would be "aligning the province's ticketing measures with the provincial health officer's orders" by giving police and other provincial enforcement officers the ability to issue tickets for violations related to party buses and limousines.

Anyone found operating or permitting the operation of "perimeter-seating vehicles" in those regions can now be subject to a $2,000 fine, according to a news release from the province.

Similarly, anyone taking part in a social gathering on a bus or limousine in Fraser Health or Vancouver Coastal Health could face an individual fine of $200, the province said.

Such fines can be assessed by police officers, as well as by compliance and enforcement staff from provincial ministries, such as liquor, cannabis and gaming inspectors, community safety unit inspectors and conservation officers.

"These violation tickets build on existing tools, such as the ability to suspend or revoke the business or liquor licences of problematic operators," the province said.

Provincial health officer Dr. Bonnie Henry issued the new public health orders for the Lower Mainland last weekend. While most of the orders are intended to be temporary and expire on Nov. 23, the party bus order is in place "until further notice," Henry said at the time.