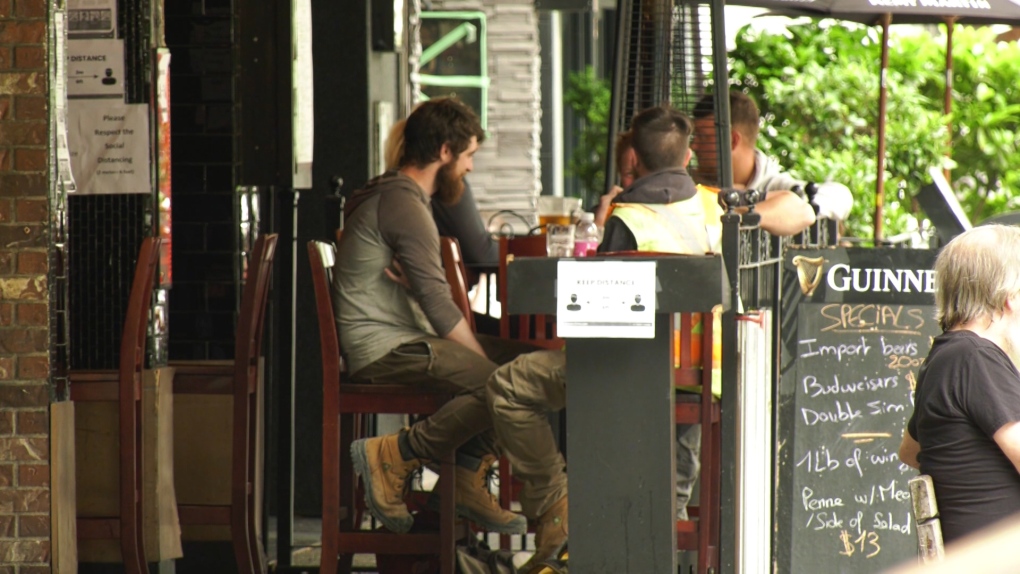 The rule allowing restaurants to have expanded patio spaces in B.C. will be extended to October 2021.

The province announced Friday that it would extend measures put in place in May that allowed restaurants, bars and other establishments to expand their service areas - such as by creating new, temporary patios - to allow for better physical distancing.

B.C. also announced an extension to the rule that allows restaurants and bars to sell alcohol with takeout and delivery orders.

Businesses that applied for "temporary expanded service areas" were originally set to see their approvals for such spaces expire on Oct. 31. Instead, such approvals will now last an additional year, expiring on Oct. 31, 2021.

The rule allowing restaurants and bars to sell and deliver alcohol for off-site consumption will now expire on March 31, 2021, the province said.

In a news release, the provincial government says the Liquor and Cannabis Regulation Branch - which reviews and approves TESA applications - intends to extend all of the authorizations it has already given. However, the LCRB will be contacting local governments to confirm that they support such extensions in their jurisdictions first.

As long as their local governments approve of such extensions, all businesses with current TESA authorizations will receive new letters extending the expiry date to Oct. 31, 2021, the province said.

As of last week, the LCRB had approved 1,073 applications for temporary expanded service areas, according to the B.C. government.

How many new cases of COVID-19 were reported in B.C.? Top doctor to give update