BURNABY, B.C. -- A Metro Vancouver girl with an unusual hobby is using her talents to bring joy to strangers.

Knitting isn't often associated with eight-year-olds, but it's one of Sophia Karmali's favourite pastimes.

Her fascination with the knitting needle started last year, when her aunt showed her how to make hats. 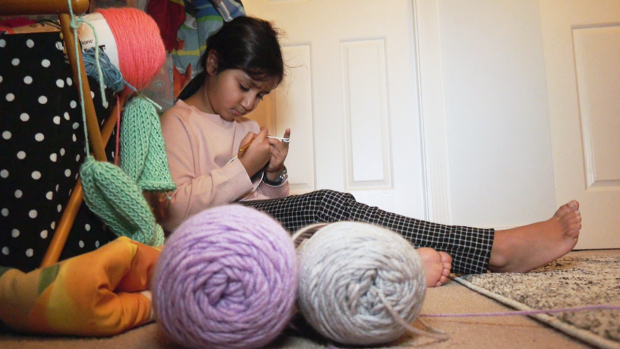 But it was a comment from her mother that planted an idea in Sophia's head.

"I kept the first one and I said, 'Wow this reminds me of the hat you received when you were a baby,' " Zahra Giwa Karmali recalled.

The story inspired her daughter.

"She goes, 'Can I donate hats?' I thought, 'Sure!' because I really wanted to encourage her," Zahra said.

So Sophia started knitting, and on Valentine's Day last year, she donated 11 hats to BC Children's Hospital.

In October, she brought 25 to the Royal Columbian Hospital, where she was born, and also gave away two bags of toys. 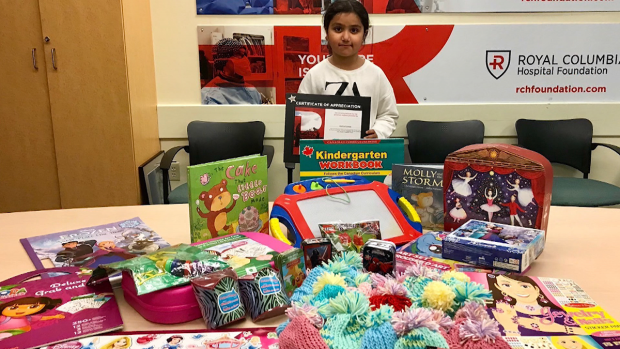 "Honestly, I just feel good about it," Sophia said.

"I have to say it is very meaningful and I feel so warm with this because a little girl like her, I would never have thought she would think of a sick baby," Queenie said.

And Sophia isn't done yet.

Next Friday, Sophia is dropping off another 25 knitted hats at a local food bank.

And now her generosity is spreading to her class.

She taught her Grade 3 teacher how to knit, then went on to show her whole Deer Lake Elementary School class. Everyone is now knitting hats to donate. 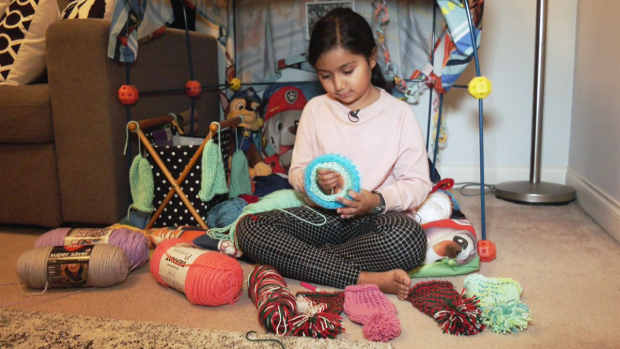 "My teacher wants one per student, but then some might make more," Sophia said.

"It makes me feel proud, of course, as a mom," Zahra said.

Sophia agreed to speak to CTV News Vancouver, but her mother says she's not looking for credit.

Zahra said she suggested Sophia add a note with the hats saying, "Donated by Sophia," and her age.

"But she said, 'No. Absolutely not. Because I don't want any recognition for this,' " Zahra said. 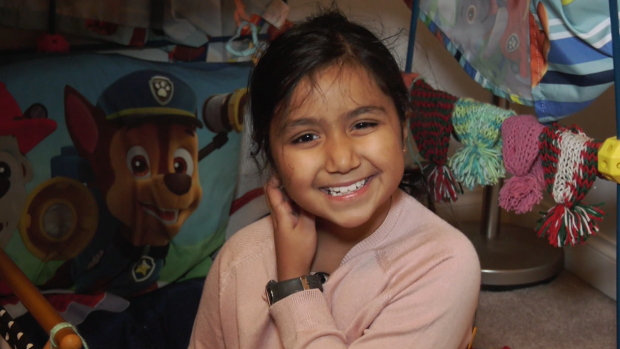