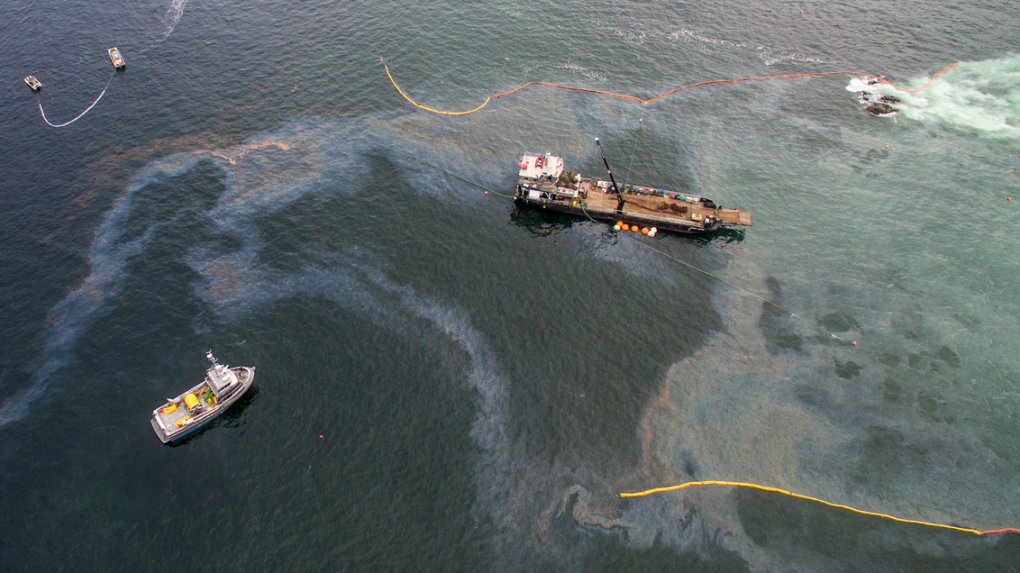 This tug ran aground near B.C.s Great Bear Rainforest in 2016, spilling more than 100,000 litres of fuel into Seaforth Channel. (Photo courtesy: Tavish Campbell and Heiltsuk Nation)

BELLA BELLA, B.C. - A British Columbia First Nation has released a plan it says will give it a leading role in oil spill prevention and response on the province's central coast.

A report from the Heiltsuk Nation calls for the creation of an Indigenous Marine Response Centre capable of responding within five hours along a 350 kilometre stretch of the coast.

The centre proposal follows what the report calls the "inadequate, slow and unsafe" response to the October 2016 grounding of the tug the Nathan E. Stewart that spilled about 110,000 litres of diesel and other contaminants.

Heiltsuk Chief Councillor Marilyn Slett says during that disaster her people saw what senior governments had described as world-class spill response and she says the Heiltsuk promised themselves that this would never happen in their territory again.

The report says the proposed centre, on Denny Island across from Bella Bella, and satellite operations dotted along the central coast, would need a total investment of $111.5 million to be operational by next summer.

Unlike current response programs which the report says are limited specifically to spills, the new centre would answer all marine calls with the potential for oil contamination, including groundings, fires, bottom contacts and capsizings.