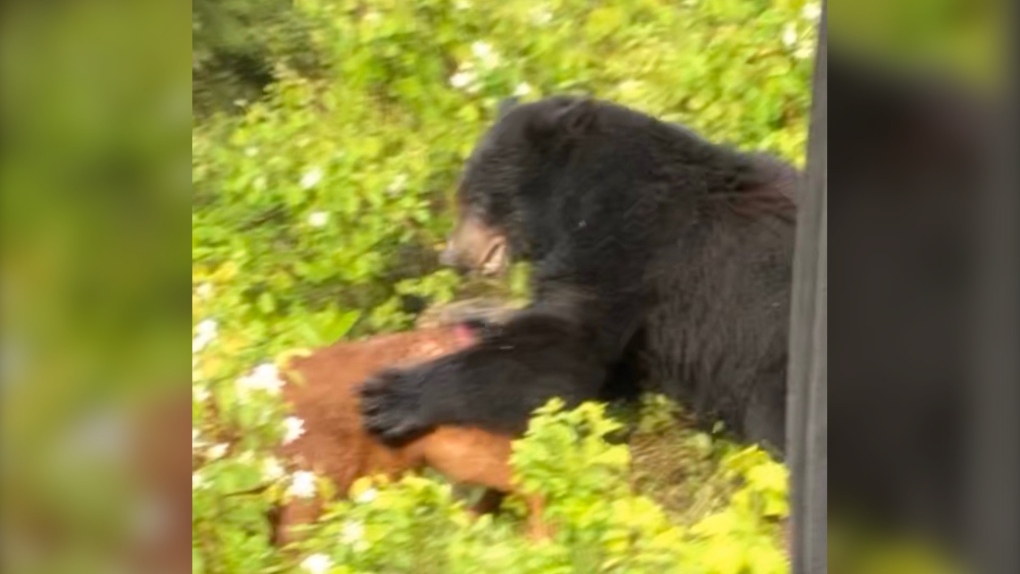 A family in Williams Lake, B.C., says they rescued a calf from a bear attack. (Gail Bednarz photo)

It's a story she, her husband Wyatt, son Brad and grandson Stryker will be telling for the rest of their lives.

On Friday June 5, the family was travelling to their Tyee Lake property, an area north of Williams Lake, when they stumbled upon the scene of a bear attacking a calf near the side of the road.

Her husband and son jumped out of the car and decided to intervene.

To distract the bear, the trio of Bednarz men began throwing whatever they could find, from a tire iron, to shoes and rocks.

"Good thing they were good at baseball because they were nailing the bear right between the eyes," Gail said.

Eventually, the bear ran off and the family was able to grab the calf, taking it to a nearby ranch where they suspected it came from.

“It’s been a hard time for ranchers this year, so the loss of another animal would be pretty devastating too,” said Brad Bednarz.

According to Gail, the calf appeared injured and scared but survived the attack.

"They sewed it up hoping for the best," she said.

The family was told by the calf's owner on Friday that the calf is recovering well.