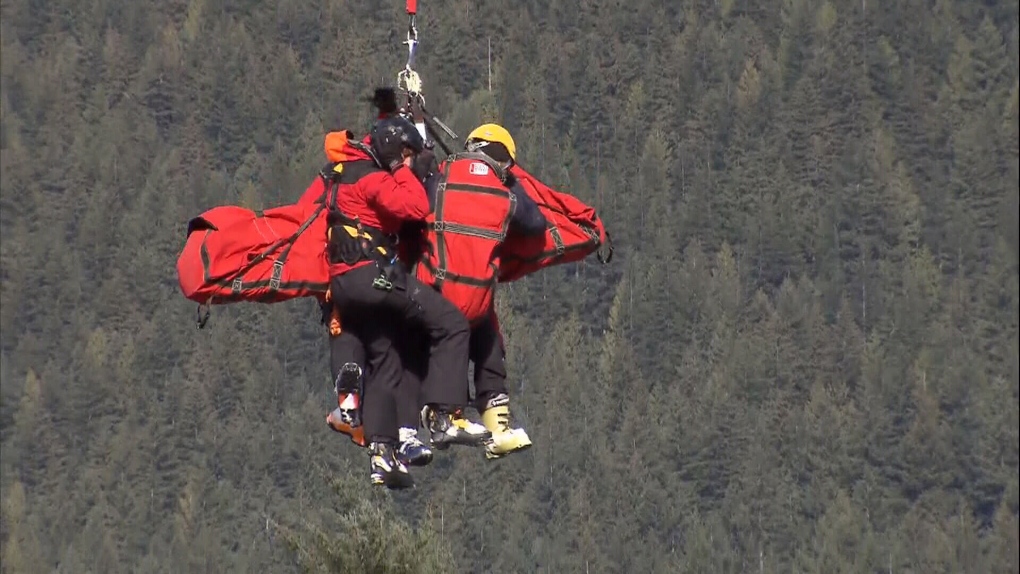 Members of the search-and-rescue group North Shore Rescue are seen in a file photo.

VANCOUVER -- The B.C. government has announced plans to provide $6 million a year in stable funding to ground search-and-rescue teams across the province.

"The men and women on our ground search-and-rescue teams give their time and expertise freely, risking themselves in some of the most dangerous situations nature can offer to make sure someone in trouble stays alive," Farnworth said, while acknowledging that groups have been calling for reliable funding for years.

The $6 million will be distributed beginning in the 2022-23 fiscal year, according to the government, and will be delivered on top of the yearly operational funding provided by the province for things like training, equipment and insurance.

That alone came to $10 million in the last fiscal year, Farnworth said.

The new funding was announced as crews continue facing a spike in call-outs, and added complications related to rescuing people during the COVID-19 pandemic.

Last week, the B.C. Search and Rescue Association reported that volunteers across the province were sent out 110 times in the first two weeks of July alone – a 50 per cent increase over the same period last year.

Since January, crews have responded to more than 700 calls, according to the government.

Farnworth said it's vitally important that people consider the added risks to SAR crews when heading out into the backcountry.

"As you know, every part of society has been dealing with the current COVID-19 pandemic. Search and rescue volunteers are not immune," Farnworth said.