ATV goes down embankment, leading to rope rescue near Mission 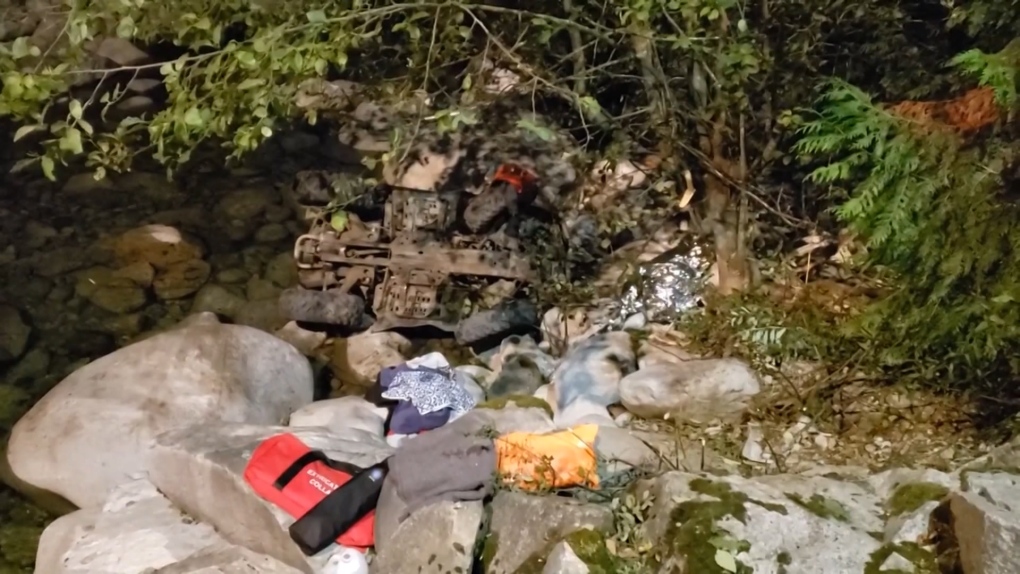 VANCOUVER -- Rescue crews near Mission, B.C., were called Monday night after the driver of an ATV went down a large, rocky embankment.

At about 6:30 p.m., a group of ATVs were on the remote road when one vehicle went about 50 feet down over the edge.

Others from the group had to drive up the road to the scene of a two-hectare forest fire – which sparked earlier that day – because they had poor cell service.

Mission Search and Rescue was called to the area and Central Fraser Valley Search and Rescue says its rope rescue team was brought in to assist. CFVSAR says the person was air lifted to hospital but it's believed his injuries are non-life-threatening.

CFVSAR says that was the second time its rope rescue team was called as crews also responded to an incident near Harrison Hot Springs on Sunday.