Are you one of these witnesses? Police watchdog looking for info on death at B.C. Tim Hortons 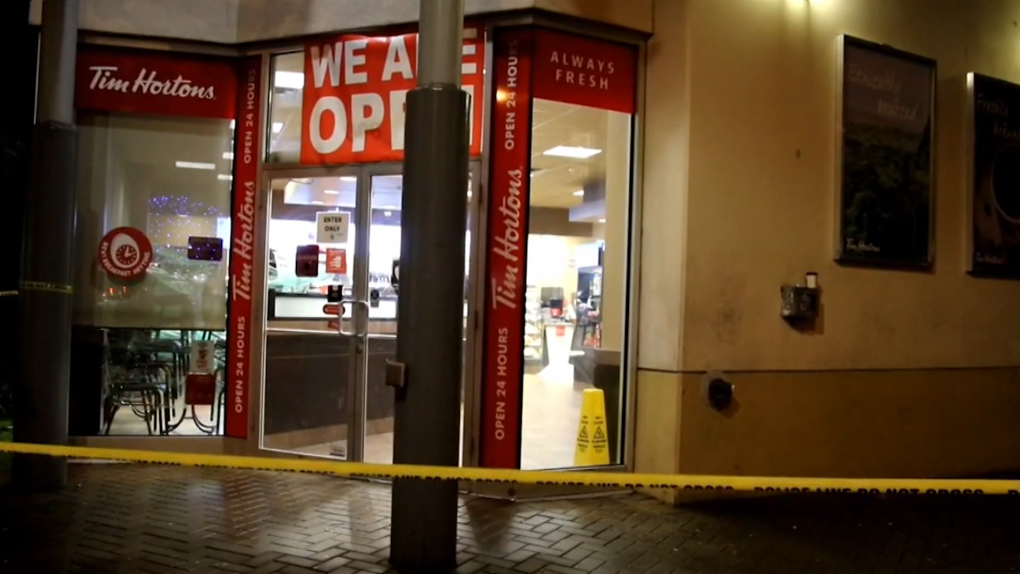 VANCOUVER -- B.C.'s police watchdog is searching for witnesses as it investigates a police-involved death at a Vancouver Tim Hortons.

A man died last week at the restaurant at Terminal Avenue and Main Street, following an altercation with police.

Officers called to the scene Thursday at around 6:30 p.m. say a man had locked himself in the washroom for about two hours, and was refusing to leave.

Restaurant staff were trying to close down, and had asked officers to remove him, the Vancouver Police Department said.

Some kind of struggle occurred when the man came out, and the man "became unresponsive," the Independent Investigations Office says it was told.

Paramedics were called, but the man died at the scene.

Several days later, the IIO issued a statement describing witnesses to the incident in hopes those people will come forward.

It is believed that two women in their 20s and 30s may have been at the Tim Hortons sometime between 6:15 and 6:45 p.m., possibly together.

Two men were also there during the half-hour window, but were not together.

One of the men was between 6' and 6'2", and was wearing a black hooded jacket, light blue or grey baseball cap, black slim-fitting pants, brown boots and a light blue disposable mask. He also has a goatee. The IIO said he may have been wearing glasses.

The other was between 5'7" and 5'9", and was wearing a green jacket, blue jeans, brown boots, black hoodie, navy baseball cap and white disposable face mask.