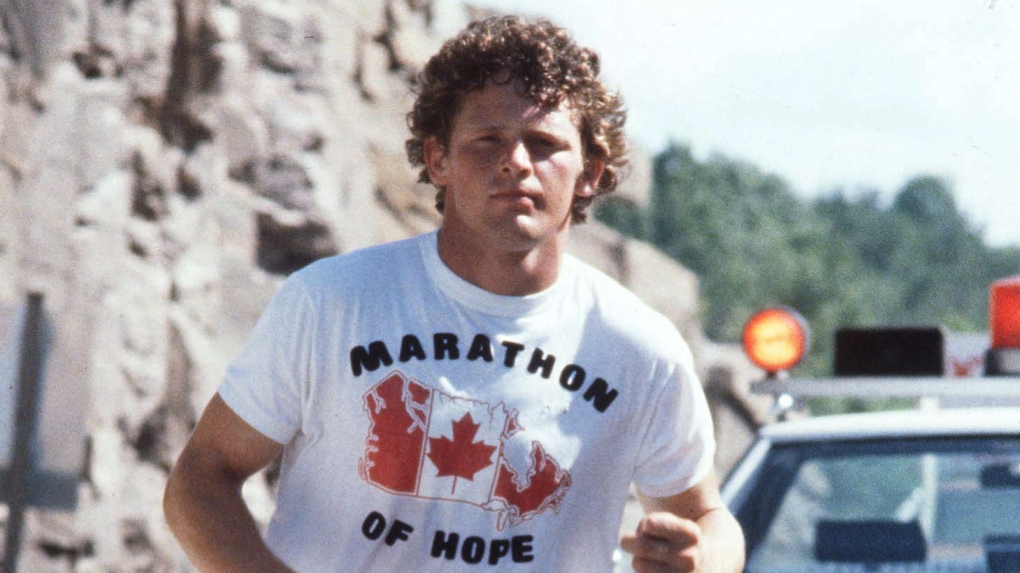 In this undated photo, Terry Fox is pictured during his run across Canada to raise money for cancer research. (The Canadian Press)

VANCOUVER -- The pandemic has cancelled a lot of annual events so far this year but it will not stop the 40th Terry Fox Run.

"Cancer isn't waiting for the pandemic to end and neither can we," Ara Sahakian, interim executive director of the Terry Fox Foundation said in a statement Tuesday.

The TFF announced this week it would continue the run virtually on Sept. 20.

Participants can take part by registering online where they can also donate.

“This year, the run’s theme is 'One Day. Your Way.' Due to public health concerns, we will participate in spirit, not in person this year,” the TFF website says.

Sept. 1 marks four decades since B.C. resident Terry Fox’s cross Canada Marathon of Hope was abruptly stopped due to his worsening health in 1980.

To raise money for cancer research, Terry Fox had run about a marathon a day for 143 days that year.

He did this all with an prosthetic leg designed primarily for walking.

"Terry said that it's got to keep going without me,” relayed Fred Fox, his brother.