Aeroplan gets rid of status

Big changes are on the way for those who’ve accumulated a lot of Aeroplan miles. Aeroplan is winding down its status program and the benefits that go with it.

Those who have sufficient miles accumulated by the end of this calendar year to qualify for status will keep that status to the end of next year, but then things will change.

For all others, to acquire status for next year to the end of 2021, you’ll need to earn your qualifying miles in the first two months of 2020. To keep diamond status, you’d have to accumulate 100,000 miles in January and February. Good luck with that. Earning silver might be doable at 25,000. 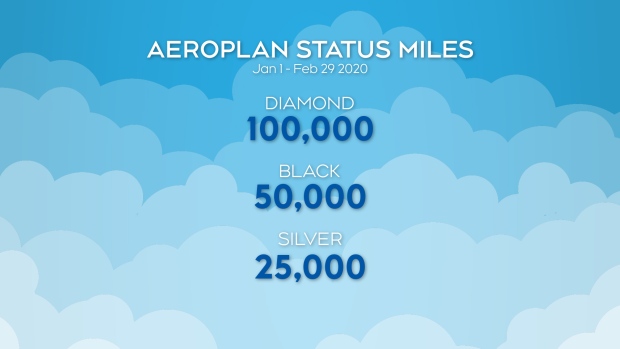 After March of next year it will no longer be possible to earn Aeroplan status, but you’ll still be able to earn and use Aeroplan miles. The changes do not affect status with Air Canada’s frequent flyer program Altitude. Air Canada is launching its new loyalty program in the New Year and is expected to release more detail about how it will work.

“While we are saying goodbye to Aeroplan status, you will be able to access many similar benefits as part of the refreshed Aeroplan launching in 2020,” the company said on its website.

Super Bowl commericials will be blocked

Super Bowl fans and those who just watch the game for the commercials won’t be seeing them this coming year. At least, not in Canada

It looks like regulators overreached when they ruled the ads were part of the game experience.

The Super Bowl generates a lot of excitement not just in the U.S., but in Canada too, and the commercials are a big draw. When the CRTC ruled the ads were part of the game, that robbed the Canadian broadcaster of the right to insert its own ads to make money to pay for the broadcast rights.

Canada’s top court has sided with Bell Media, which is the parent company of CTV News, in overturning the CRTC's ruling. Bell Media can now substitute Super Bowl commercials with its own advertising on American channels broadcasting the game in Canada. Bell received an exclusive license from the NFL in 2013 to broadcast the game and the company says the regulator’s decision cost it viewers and millions of dollars in revenue.

Health Canada is cracking down on vaping. According the a recent federal survey, vaping has doubled among high school students in 2018 to 2019 compared to a year earlier and the Federal Health Minister is proposing new restrictions.

| Related - Are your kids safe vaping? |

The rules would ban vaping ads in public spaces, convenience stores and online. Ads would only be allowed in specialty shops and on websites accessible by adults only. Packaging would be child-resistant and contain mandatory health warnings.

| Related - What you need to know about B.C. vaping regulations |

To bolster support of the proposed regulations, Health Canada posted the following on its website:

Consider the Consequences of Vaping — which launched in December 2018 to inform youth and their parents of the harms and risks of vaping. A recent evaluation of the advertising campaign found that 26 per cent of teens who reported having seen the ads decided not to try vaping as a result.