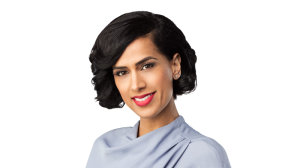 January 2020: Sonia Beeksma is no longer with CTV News Vancouver

Sonia Beeksma is a traffic anchor and segment reporter for CTV Morning Live in Vancouver.

The award-winning broadcaster joined CTV Vancouver in 2016, but her career started in 2009 after completing the Broadcasting and Performing Arts program at Columbia Academy and the journalism program at BCIT.

It was her internship at eTalk Toronto that not only fuelled her interest in the entertainment world but introduced her to the hard work it takes to be in media.

She soon returned to Vancouver and worked as a news reporter and anchor for both TALK-1200 (RJ AM) and news station CKNW 980.

Her radio days were numbered as she was snatched by Global Television to become the weekend weather specialist and feature story reporter. Her performance was not only noticed by her colleagues and competitors but also by the BC Association of Broadcasters whom would soon award Sonia with Broadcaster of Tomorrow award.

She then joined CTV Morning Live as a traffic specialist and entertainment/fashion reporter.

She is very active in the community and emcees a variety of charitable events.

When she’s not in front of the green screen, Sonia’s world is her six-year-old daughter. And when she does have some spare time, she likes to weight train and do pretty much anything active.