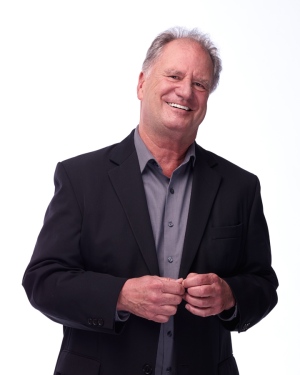 Mike McCardell debuted with CTV News Vancouver in September 2013 and he is the reporter for "The Last Word."

This is Mike’s story…

Right next to the rail road tracks in Brooklyn, N.Y., I was born. Three months later the allies invaded France to keep me safe.

I was raised by a single mother in a factory area and spent most of my time not going to school. I learned a lot on the streets. I worked in a taxi cab garage as a teenager and everything you could want to know about life I got there.

After a tour of duty in the air force I was back in New York as a police reporter for the New York Daily News, which was the powerhouse of all tabloids. I reported from inside a rioting prison where I was a hostage and had a sawed off shot gun pressed into my stomach during a drug raid. The stories were exciting.

My wife said New York was too dangerous to bring up our kids. I read about Vancouver in National Geographic and asked her if she wanted to move there. I got a job with the Vancouver Sun. I heard Vancouver was west of Montreal so I rented a U-Haul truck for three days. One day to Montreal. One day west to Vancouver and one day to find an apartment and return the truck. The motor in the truck was running when my wife’s uncle gave me a map.

We lived in a tent in White Rock when we got here. There was a housing crisis. There always is.

For three years I did crime stories for the Sun, but crime stories with a heart. The homeless man dying alone was more important than the robbery in the bank. Then I moved to BCTV (now Global TV) where I spent the next 37 years doing uplifting tales at the end of the show. Looking at positive things is better for your health than being stuck on the bad. For CTV, I will do more of those stories, only better.