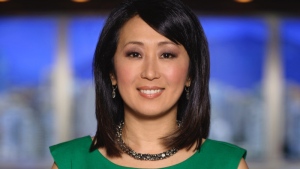 Mi-Jung Lee is a veteran investigative journalist and anchors CTV News at Six.