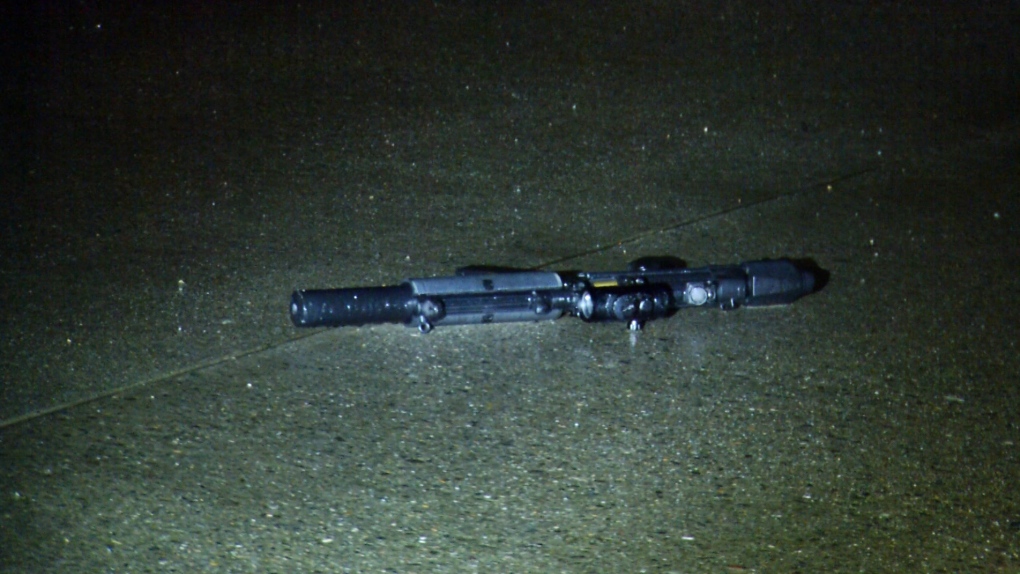 A gun on the ground at the scene of an alleged armed robbery at a Subway restaurant in Abbotsford on Saturday, Jan. 11, 2020. (Kevin MacDonald)

The Abbotsford Police Department tweeted that officers made the arrest around 10:45 p.m. on Saturday as two masked men "brandishing firearms" allegedly robbed the Subway on McCallum Road.

Police said the suspects, two men aged 31 and 21, were arrested as they were leaving the restaurant and remain in custody. Police said they cannot release the men's names until charges are approved.

Video from the scene shows at least one gun on the ground and a police officer putting two guns in evidence bags.