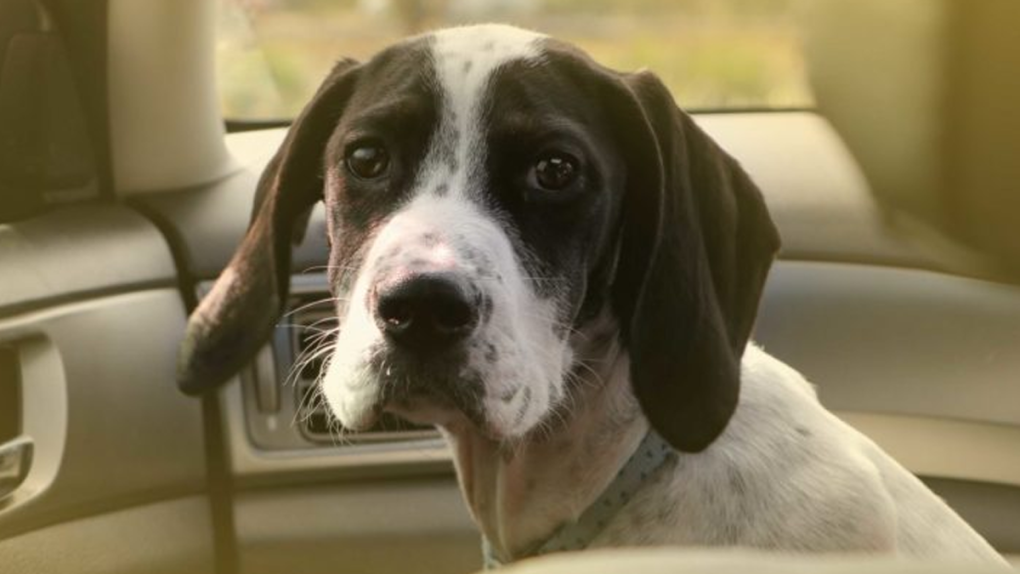 The BC SPCA is reminding dog owners about how quickly a hot car can turn deadly. (BC SPCA)

On a hot summer day, a family car can become a "death trap" for dogs within a matter of minutes.

That's the message from the BC SPCA, which has launched a #NoHotPets campaign to remind dog owners just how quickly temperatures in their car can turn deadly.

"Even on a cloudy day, parked in the shade with the windows rolled down, a vehicle can reach temperatures that put animals in peril in just 10 minutes," spokesperson Lorie Chortyk said in a release.

The BC SPCA receives hundreds of calls to rescue distressed dogs panting away in hot cars every year, and not all of them survive.

It's a situation Chortyk said is all the more tragic because of how "completely preventable" it is.

Even leaving the air conditioning on isn't a fail-safe solution; the SPCA said AC systems have broken down in the past with terrible results.

As part of its #NoHotPets campaign, the SPCA is trying to help people understand why the heat in cars is so hazardous, particularly for dogs, who can't release excess body heat through sweating the way humans can.

"They can only dissipate heat by panting and through the pads of their paws – so their internal temperatures reach dangerous levels very quickly," Chortyk said.

The agency also released steps Good Samaritans can take if they see an animal in a hot car.

If the situation isn't already an emergency, the SPCA recommends people note the vehicle's make, model, colour and licence plate number and ask the managers of nearby businesses to page the owner to come outside immediately.

If the dog is in distress, the SPCA said witnesses should instead call police, a local animal control agency or the SPCA as soon as possible.

What people shouldn't do is start smashing windows themselves, Chortyk said.

"Not only can this be dangerous for the animals if they are struck by glass, but it is also illegal and puts the Good Samaritan on the wrong side of the law," she said.