9 puppies and their mom now in care of BC SPCA 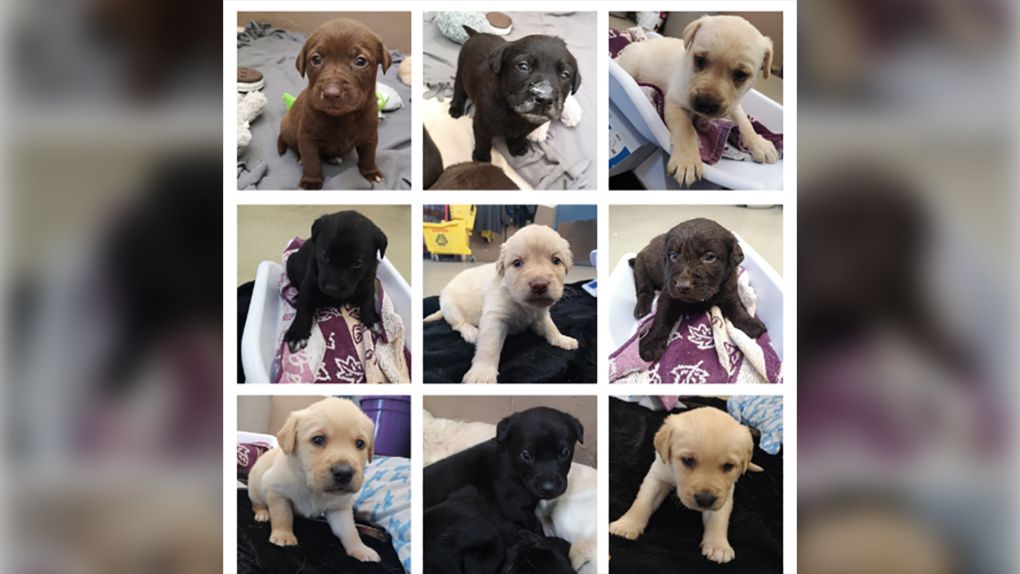 The nine puppies are being cared for at the Fort St. John branch of the BC SPCA. (Handout)

VANCOUVER -- Nine puppies and their injured mother are now in the care of the BC SPCA.

The animal welfare agency said the dogs were found by a Good Samaritan who initially brought them to a veterinarian but were later taken to the SPCA's Fort St. John branch. The mother, Nova, was underweight and suffering from a number of mysterious injuries, including two dislocated shoulders and physical trauma to her back and neck that caused swelling around her spine. She was also suffering from ear mites and a skin rash.

"She is now on multiple medications, strict cage rest and is undergoing physiotherapy to decrease the swelling in her joints," Lorie Chortyk with the SPCA said in a news release.

The SPCA anticipates Nova will need four months of care before she's ready for adoption, while the puppies will not be available for adoption for at least five weeks.

"Despite the agonizing pain she has been in, she has been such a devoted mom, but now it's time to let her rest and recover while we look after her babies," Chortyk said, who added that staff and foster volunteers have been giving the puppies feedings multiple times a day. Nova is not able to feed them herself at the moment because of the medication she requires, which the SPCA said would harm if it was filtered to the puppies through her milk.

During the pandemic, the SPCA limited access to its shelters but those interested in adopting a pet are able to fill out an application online and make an appointment. The animal welfare agency has also been providing shelter, emergency vet care and adoption for animals, as well as investigating complaints of animal abuse.