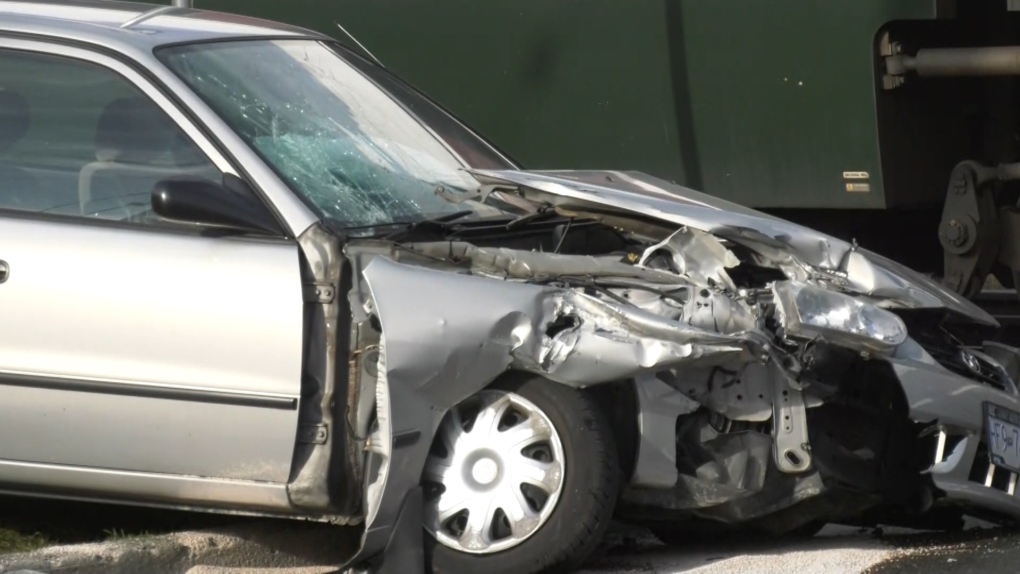 One person was taken to hospital after a collision between a car and a train in East Vancouver.

VANCOUVER -- Vancouver police are investigating a crash involving a car and a train in East Vancouver.

Vancouver Fire and Rescue Service, police and paramedics all responded to the crash between a sedan and an Amtrak Cascades train late Thursday morning. Police said the vehicle was hit as it was driving over the train tracks. The 83-year-old driver of the car was taken to hospital for precautionary measures and is in stable condition.

Kaslo Street was closed in both directions north of Grandview Highway but has since reopened. Police said the train tracks are still intact.

Amtrak said in a statement that a vehicle obstructing the tracks "came into contact" with Cascades train 516 at 11:30 a.m. The train was on its way from Seattle to Vancouver.

"There were no injuries to the 46 passengers or crew members on board and the train was delayed for one hour and 12 minutes," said the statement. "Amtrak Police are cooperating with local law enforcement to investigate the incident."

A witness on scene told CTV News that the vehicle had stopped in the middle of the train tracks as the crossing arms came down.