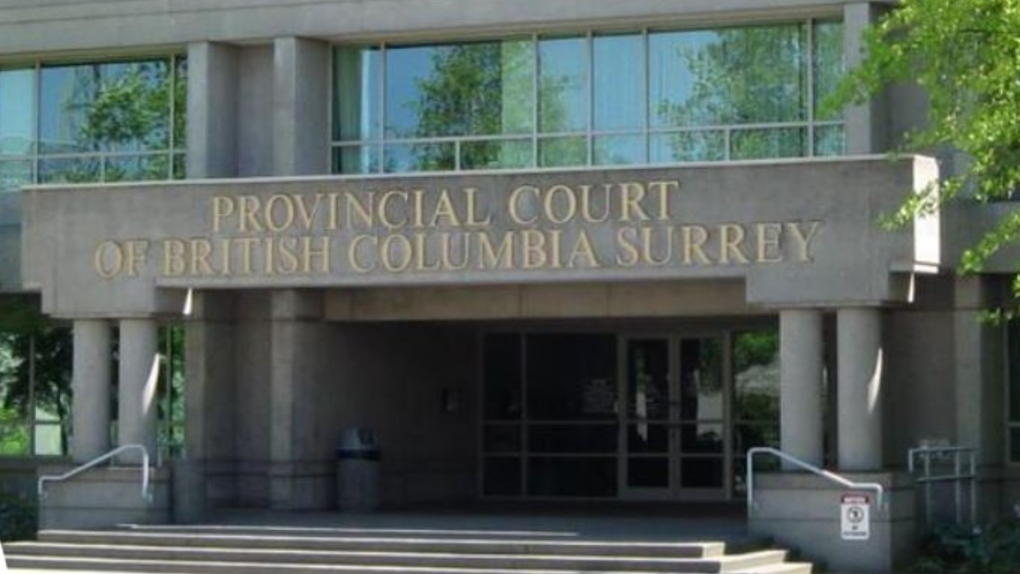 Surrey Provincial Court is seen in this photo from the B.C. provincial court website.

VANCOUVER -- The union representing workers at the B.C. provincial courthouse in Surrey says there have been eight confirmed cases of COVID-19 there, and another 25 people are self-isolating because of exposures to the disease.

The BC Government and Service Employees' Union provided those numbers to CTV News Vancouver via email, adding that 23 of those in isolation are deputy sheriffs at the courthouse.

Fraser Health says it has not declared an outbreak at the site. The health authority did not provide a number of cases associated with the court, citing privacy concerns and the belief that health officials have successfully reached all those who need to be contacted.

"Every time there is a positive test in B.C., public health connects with anyone who may have come into contact with the case so they are aware and can be monitored for symptoms," Fraser Health said in an email to CTV News. "We do not identify the specific location of confirmed cases unless public health providers cannot be certain they have reached all those who need to be contacted, and who therefore might be a risk to the public."

The union told CTV News its count of cases and people in self-isolation is unofficial, as it is the employer's responsibility to collect such data.

CTV News reached out to the provincial Ministry of the Attorney General for more information. The ministry referred questions about the number of cases at the facility to Fraser Health.

Paul Doroshenko, a Vancouver-based criminal lawyer, tweeted his disappointment in the news that cases had been confirmed, as well as the way in which the public was notified.

"Courthouses are our work site and waiting for reporters to learn of it rather than hearing through official channels is not right in my view," Doroshenko wrote.

The courthouse remains open and has COVID-19 safety plans in place, the ministry said, adding that there has been no impact on court operations or trials.

"All courtrooms are inspected, sanitized and maintained in accordance with required standards, and those entering courthouses are subject to a pre-screening process that includes answering specific questions regarding health and travel," the ministry said. "To protect the health and safety of courthouse employees and court users, court users are encouraged to use remote filing options wherever possible."