76% of Vancouver residents in favour of foam ban coming in January: poll 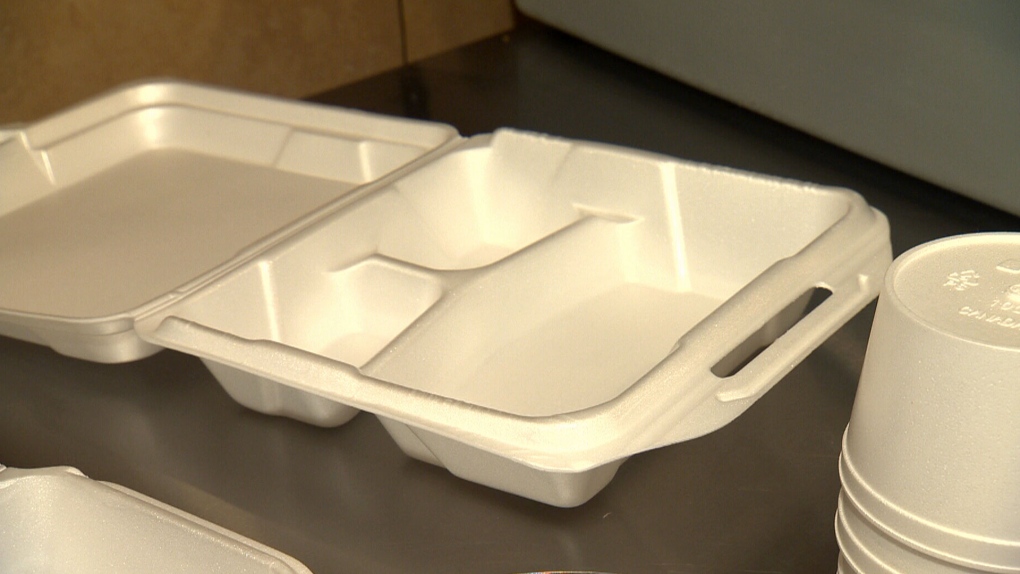 Styrofoam containers and cups will be banned at Vancouver businesses in January.

VANCOUVER -- Those grabbing takeout in Vancouver in a few weeks might notice the packaging is a little different as the city is imposing its ban on Styrofoam cups and containers at the start of January.

Results released Wednesday from a survey conducted by Research Co. found more than three-in-four Vancouver residents polled are in favour of the ban, which is part of the city's Zero Waste 2040 plan.

"Public support for the ban on foam cups and take-out containers is highest (87 per cent) among Vancouverites aged 55 and over," said Mario Canseco, president of Research Co., in a news release.

Earlier this month, the city launched a toolkit for businesses to help them adhere to the foam-ban bylaw. Included in the toolkit are packaging guidelines and recommendations for compostable or recyclable alternatives.

"Residents have told us loud and clear that they want to reduce waste from single-use items," said Mayor Kennedy Stewart in a news release.

"The people of Vancouver expect the city to demonstrate leadership when it comes to environmental initiatives, and the elimination of foam take-out containers is a step in that direction. As we take strides towards our zero waste 2040 goal, it's critical to bring businesses along – the toolkits are here to help businesses transition to more sustainable options."

Plastic straws will also be banned by next April, except at bubble tea businesses, which have been granted a one-year exemption because it's been difficult for them to find alternatives.

Research Co.'s poll found 78 per cent of Vancouver residents were in favour of banning the distribution of single-use plastic utensils unless they're requested by customers. About two-thirds of residents think it would be a good idea to ban the distribution of disposable cups altogether, the survey found.

Research Co. conducted its survey online from Nov. 12 to Nov. 15 among 400 adults in Vancouver. The results have a margin of error of plus or minus 4.9 percentage points, 19 times out of 20.