66 rabbits to be euthanized after 'horrific illness' reaches Richmond shelter 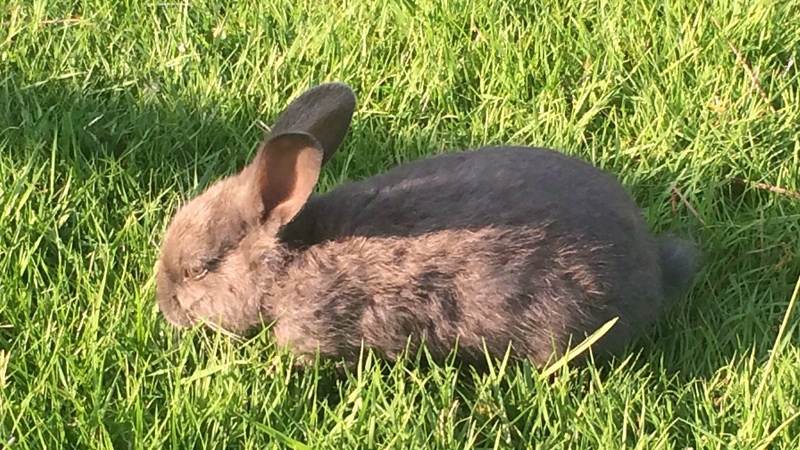 A wild rabbit grazes in Nanaimo, B.C. in this Feb.2, 2018 photo. THE CANADIAN PRESS/Dirk Meissner

More than 60 rabbits at an animal shelter in Richmond have to be euthanized after an outbreak of a deadly virus affecting the species.

British Columbia's Ministry of Agriculture confirmed Wednesday that feral rabbits that had died on the grounds of the Regional Animal Protection Society tested positive for Rabbit Hemorrhagic Disease, a highly contagious illness that causes the animals' blood vessels to rupture and attacks the liver and other organs.

Two bunnies died at the shelter over the weekend and another died on Wednesday. According to the ministry, all 66 of the remaining rabbits at RAPS have to be put down.

"Staff, volunteers and the entire RAPS family is devastated by this news," the shelter's executive director, Eyal Lichtmann, said in a statement.

"Rabbit Hemorrhagic Disease is a horrific illness and to see an animal suffer and die from it is an excruciating experience which our staff had to endure in recent days."

The most recent outbreak of the rare virus was first detected on Vancouver Island in early March after it killed hundreds of feral rabbits in Nanaimo. RHD has since made its way to Metro Vancouver, with cases reported in Delta.

Staff at RAPS had ordered vaccines against RHD after the initial outbreak, but the shipment has not yet arrived.

The shelter said it will donate now its portion of vaccines to other animal organizations in B.C.

All rabbit-related facilities and equipment at RAPS have to be destroyed and replaced.

"Our top priorities are to ensure that the animals in our care do not suffer and that everything possible is done to ensure no further spread of the virus," Lichtmann said.

According to the BC SPCA, many rabbits infected with RHD die suddenly, but symptoms can include "signs of listlessness, lack of co-ordination, behavioural changes or trouble breathing before death." Infected animals often bleed from their noses when they die. Symptoms usually occur between one and nine days after contact.

RHD does not pose a threat to humans or other animals.

Those who have pet rabbits can find more information on the SPCA's website.