66% of B.C. parents think financial strain will push their children from where they live: poll 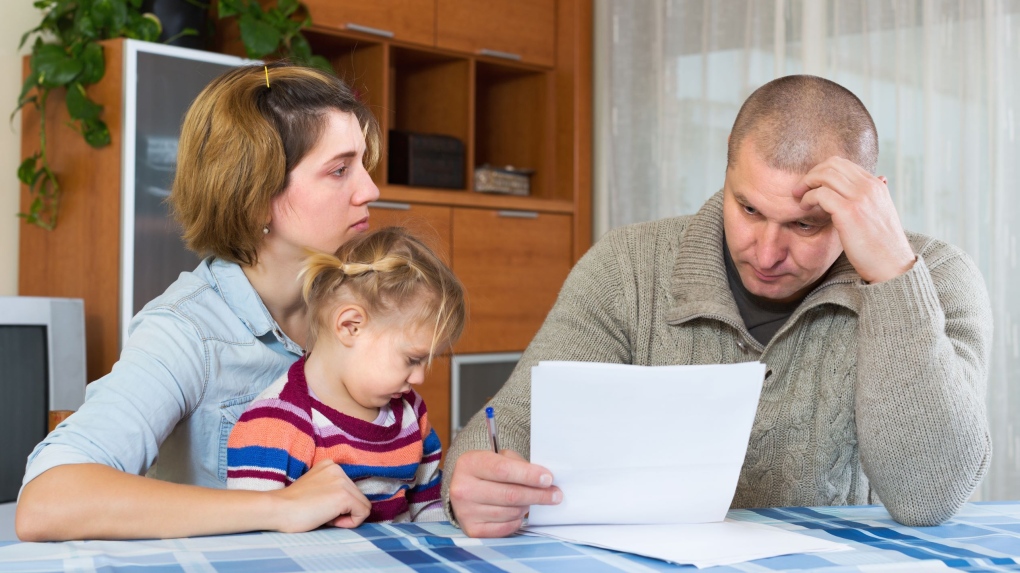 A new poll from Research Co. suggests more than half of B.C. parents are experiencing financial stress. (Shutterstock)

VANCOUVER -- Most parents in B.C. are experiencing stress because of work or finances, a new poll suggests.

According to results from a survey conducted by Research Co., nearly 60 per cent of parents polled say they experience work-related stress "frequently" or "occasionally."

Another common source of tension is finances, which 57 per cent saying money is causing strain. Even more pressing, 40 per cent say it's currently difficult to make ends meet.

Those financial difficulties are most felt in northern parts of the province, followed by those living on Vancouver Island and the Fraser Valley, results from the poll indicated.

"Almost three-in-five parents in British Columbia (58 per cent) say it is currently 'very difficult' or 'moderately difficult' for them to save money in a bank account," a news release from Research Co. says.

Paying for transportation and child care is challenging for about 40 per cent of those polled.

"Transportation is a bigger issue for parents in Southern B.C. (47 per cent), while day to day expenses are more of a problem in Northern B.C. (48 per cent) and Vancouver Island (47 per cent)," said Mario Canseco, president of Research Co., in the news release.

With all those financial strains in mind, 66 per cent of the parents polled said it's likely that their children will have to move away from where they currently live because of financial constraints. That's up 24 points from a similar Research Co. poll completed about a year ago.

Results from the survey, which were released on Wednesday, were gathered between Feb. 4 and Feb. 7. There were 623 B.C. adults polled, who had kids aged zero to 18. The margin of error— which measures sample variability—is plus or minus 3.7 percentage points, 19 times out of 20.