6 charged in connection to one of B.C.'s largest illicit drug labs 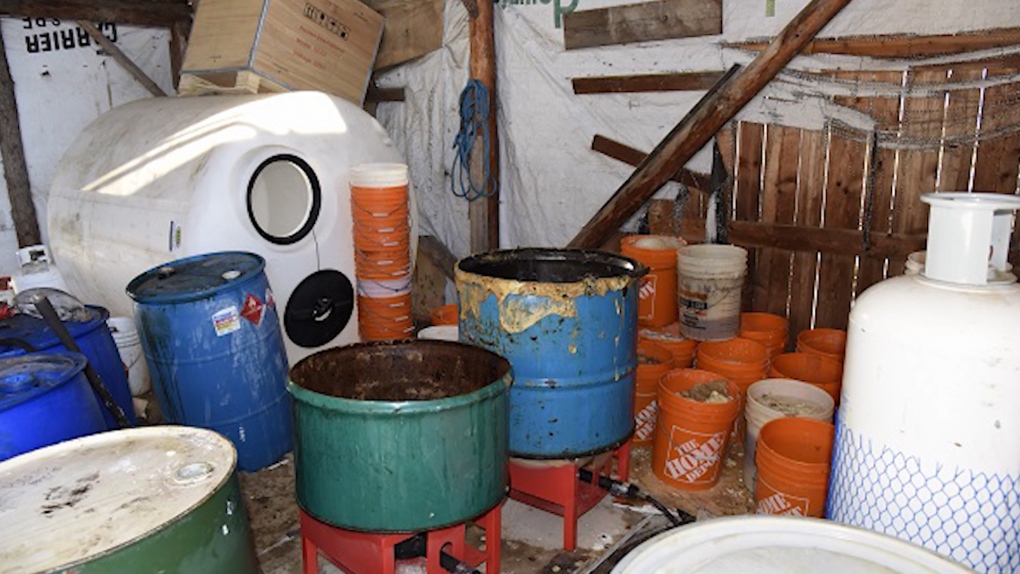 The charges stem from a search warrant that was executed on Oct. 19, 2018, when several RCMP units went to a property on Trinity Valley Road in the community just east of Vernon. (RCMP handout)

VANCOUVER -- Six people are facing several charges in connection to the illicit production of synthetic drugs in one of the province's largest labs, Mounties say.

The RCMP announced Monday that five British Columbians and an Albertan man are facing several charges in connection to a drug lab that was discovered in Lumby more than two years ago.

Additionally, Bryson and Fussi both face an additional charge of flight from police. McMorris, Harvey, Kopp and Piggott are scheduled to appear in court in Kelowna on Tuesday.

Bryson and Fussi, however, remain at large with warrants for their arrest.

The charges stem from a search warrant that was executed on Oct. 19, 2018, when several RCMP units went to a property on Trinity Valley Road in the community just east of Vernon. Once there, police say they found "a massive clandestine laboratory," and five people were arrested as a result.

Mounties say clandestine labs also create a significant amount of waste material that can contaminate the environment and lead to other health risks.

"In this instance, there was a very large amount of synthetic waste by-product that had yet to be disposed which posed a significant risk to the local farms and residents living in the area," said Supt. Bert Ferreira in a news release Monday.

"Mitigating environmental contamination was one of the key factors in the timing of the warrant execution."

Police say, even years later, this was one of the largest clandestine labs in the province and the hazardous waste removal required cost "hundreds of thousands of dollars."

Anyone with information about Bryson and Fussi's whereabouts is asked to contact their local police. Tips can also be left anonymously with Crime Stoppers.