6 Americans fined $4,500 combined for breaking rules while driving through B.C. 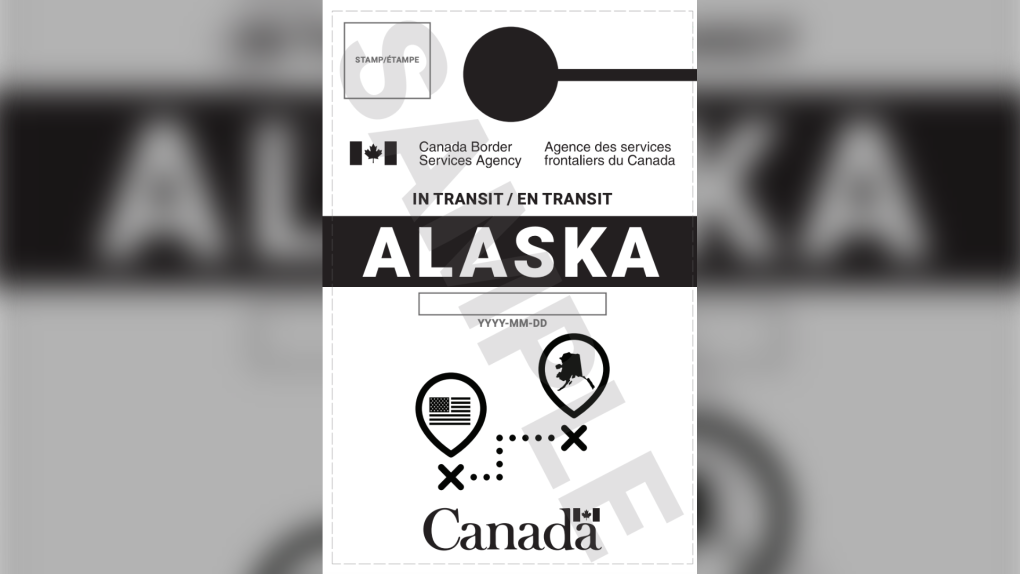 Since July 31, Americans entering Canada with the stated intention of driving to Alaska have been given a placard to hang from the rear-view mirror of their vehicle.

VANCOUVER -- Half a dozen Americans were caught breaking travel rules in B.C. in the weeks after border officials implemented tougher new restrictions on travelling to and from Alaska through Canada, according to the RCMP.

The U.S. residents were dinged a combined total of $4,500 for a variety of offences, all committed in late August after the Canada Border Services Agency had imposed the stricter rules.

In one instance, police caught a carload of five people overstaying their welcome and escorted them straight to the border, said Staff Sgt. Janelle Shoihet of the B.C. RCMP.

The group was heading from Alaska to Washington and was given a deadline of Aug. 29 to exit the province. When they didn't show up, the CBSA alerted police to watch for their licence plate, and authorities caught the group in the Lower Mainland shortly after.

"They were just enjoying Vancouver," Shoihet said. "Taking the opportunity to see what they could prior to making their way to the border."

One of the CBSA's rules is that in-transit travellers have to use the most direct route from border crossing to border crossing. They are also required to avoid "all national parks, leisure sites and tourism activities."

The three adults who were in the vehicle were fined $500 each under the federal Quarantine Act, Shoihet said.

Americans passing through Canada are also asked to use drive-thru service if they need food, avoid contact with locals and wear a mask in public – rules that were all broken by the second group that was caught just days later, according to the RCMP.

Shoihet said three Alaska-bound adults decided to stop in Fort St. John for food on Aug. 31, but opted to dine in at a restaurant. They didn't wear masks, and made chit-chat with two Canadians while they were there.

"One of the employees noticed that they were driving a U.S.-plated vehicle, and I guess spoke to the individuals," Shoihet said. "They were aware they weren't supposed to be inside the restaurant, so that (worker) then called us."

Those travellers were fined $1,000 a piece. The Canadians they spoke to were subsequently required to self-quarantine for two weeks as a result of the interaction.

Ever since the stricter rules were introduced on July 31, Americans entering Canada on the travel exemption have been given "hang tags" for their vehicles reminding them of the requirements, including the date they had to exit the country.

Shoihet urged people to follow the rules for everyone's safety, but noted that not everyone with a U.S. licence plate is breaking the law.

Some people are dual citizens and currently living in Canada, while others entered legally for other reasons and have done everything asked of them, including a 14-day quarantine.

"I think generally people are following the rules and regulations," she said, adding that there are many Canadians on the lookout for those who aren't.

"You know, our communities are concerned, so they will report to police, and we will follow up."