4 sent to hospital after fire in Esquimalt mobile home park 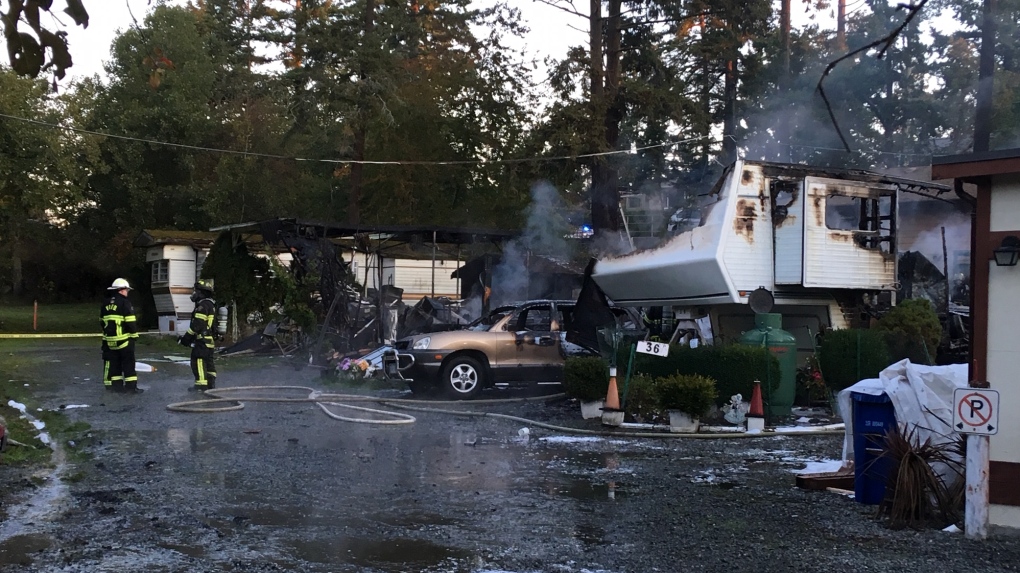 Four homes were damaged in an early morning blaze on Wednesday.

VANCOUVER - Three homes have been burned and a fourth has been damaged after a fire tore through an Esquimalt mobile home park early Wednesday morning.

Fire crews received a call at around 5:40 a.m. after three units were ablaze at a park near Craigflower and Garthland roads. It appears the fire started in one unit and spread to the others.

Four people have been taken to hospital but the extent of their injuries is unknown. Residents say everyone is accounted for, including pets.