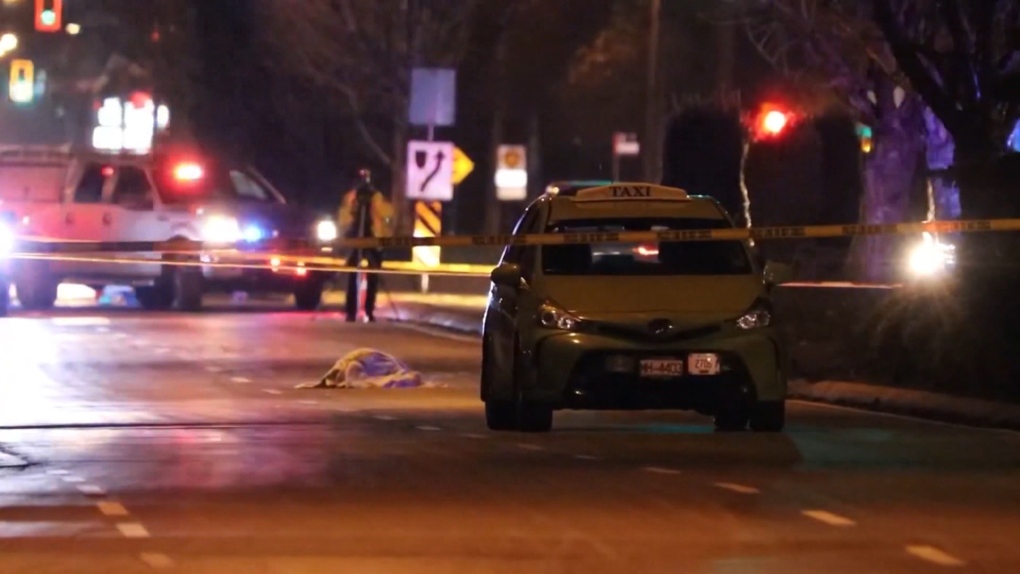 A taxi could be seen behind police tape and a body appeared to be under a tarp.

VANCOUVER -- A pedestrian in Delta has been hit and killed in the Lower Mainland's third fatality in just two days.

The collision happened at about 5:45 p.m. Thursday at Ladner Trunk Road and Harvest Drive. Police had the area blocked off for several hours while they investigated.

A taxi could be seen behind police tape and a body appeared to be under a tarp.

It's not clear what the circumstances were, but the Delta Police Department is expected to provide an update Friday. The driver appeared to remain on scene.

This came about 12 hours after another pedestrian fatality in Abbotsford. Police in the area say they were called to the intersection of Peardonville and Clearbrook roads following reports of a collision.

A woman in her 40s was hit by a pickup truck. She was taken to hospital and died from her injuries, police say.

On Wednesday, an 88-year-old woman was struck by a vehicle near Burnaby's Willingdon and Beresford Wednesday afternoon has since died, according to Burnaby RCMP.

Last month, ICBC warned that the number of pedestrians hurt in crashes almost doubles from October to January as the days get shorter and weather gets wetter.