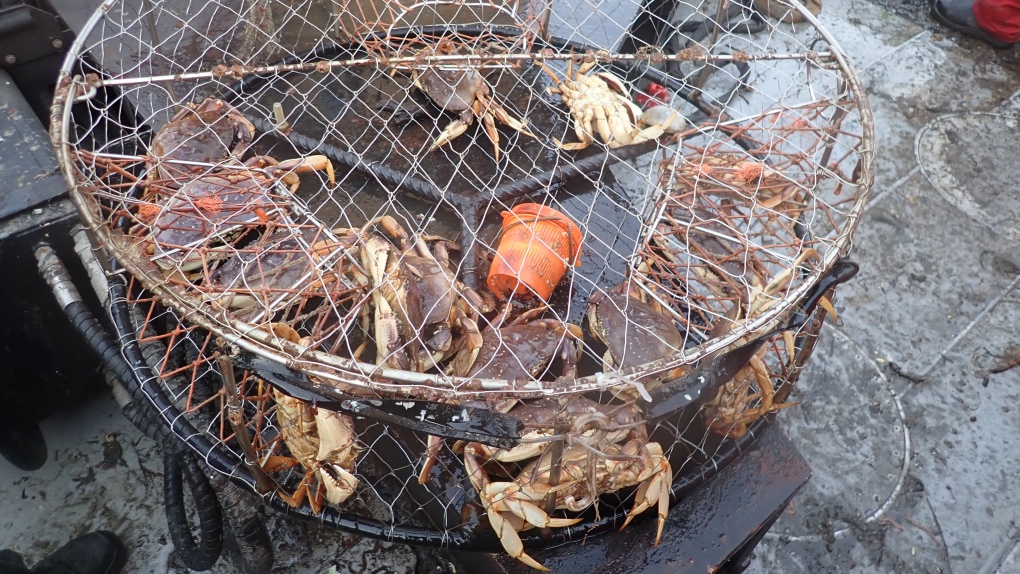 VANCOUVER -- Hundreds of illegal crab traps were seized in the span of five days off Canada's West Coast, Fisheries and Oceans Canada says.

According to DFO, a total of 337 traps were seized off Boundary Bay, and many crabs thrown back in the water. The seizure included around 33 groundlines, or strings, with multiple traps attached.

Based on a summary from the federal department, it appears to have been the largest seizure in the area in at least five years.

Previous operations were conducted over a total of three days.

It's the first time that a Coast Guard hovercraft has been used for this type of operation, DFO said.

Officers from the Metro Vancouver cities of Langley and Richmond were involved in the investigation at Boundary Bay, as well as the Vancouver-based Whale Protection Unit and members of the Canadian Coast Guard.

The agency says abandoned or "ghost" gear is a major threat to ocean life, as it can continue to kill fish or crab, which then become bait themselves.