3 bands pull out of Canada Day event in B.C. in support of anti-racism petition 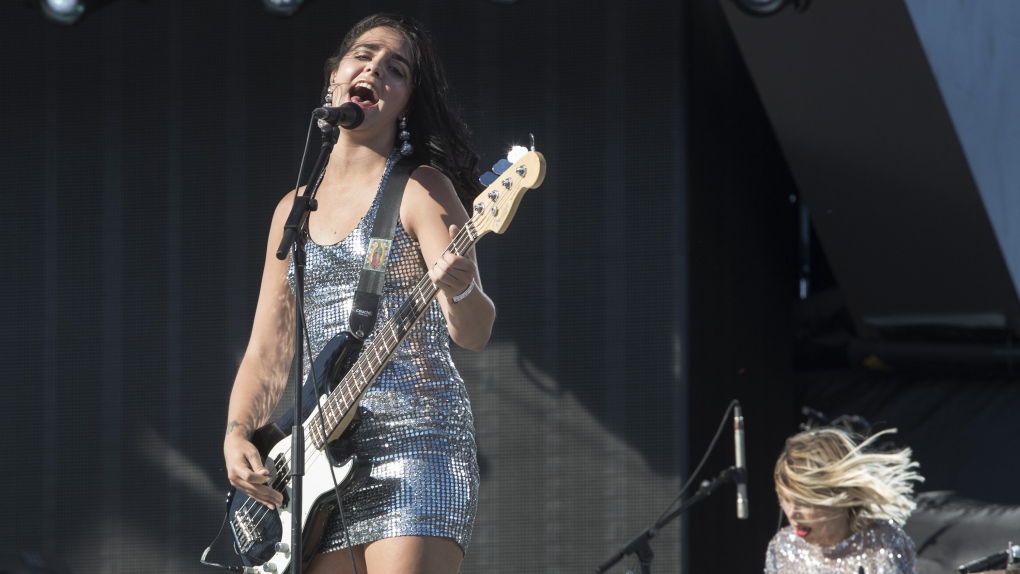 Canadian band The Beaches perform in Oro-Medonte, Ont. on Saturday, June 29, 2019. Several bands withdrawn from a virtual Canada Day celebration in Surrey B.C., out of concern that the city has not adequately responded to a 3,000-name petition calling for an end to systemic racism. THE CANADIAN PRESS/Fred Thornhill

VANCOUVER -- Three musical groups slated to headline a virtual Canada Day celebration in Surrey, B.C., have pulled out of the event to protest what they say is that city's lack of commitment to dismantle systemic racism.

The groups Mother Mother, Said The Whale and The Beaches have all posted statements on social media saying they will not take part in the virtual celebration on July 1.

A statement from Said The Whale says the band learned Monday of a petition asking Surrey to address anti-Black and anti-Indigenous racism.

Band members say they have signed the petition but believe their only option is to pull out of the festival after receiving no response from Surrey council to a letter they sent urging action.

Mayor Doug McCallum issued a statement late Thursday saying, as recently as Monday, he voiced his opposition to racism but he did not reference the petition or any planned response to it.

Surrey's Canada Day event, held virtually this year because of the COVID-19 pandemic, is to be hosted by Olympian Hayley Wickenheiser and also feature performances by Bif Naked, 54-40 and Colin James.

The statement from the band, Mother Mother, says it stepped away from the event to show solidarity with those working against entrenched, ongoing racism.

“It has been brought to our attention that despite a petition from the community with over 3,000 signatures, the City of Surrey's leaders have not publicly committed to dismantling racism and have been unwilling to engage in a dialogue with the organizers of the petition,” says the band's Twitter post.

A similar post by The Beaches calls on its fans to sign the petition and support people of colour in Surrey.

“We are proud to join those voices who have already called for Surrey's leaders to speak up,” the band says.

The mayor says in his statement that Surrey has made gains building cultural diversity, inclusion and respect but is “constantly looking” for ways to strengthen those commitments because racism has not been eradicated.

“I can assure you that we will continue to condemn and eliminate all acts of hate and discrimination in our city,” says McCallum.

This report by The Canadian Press was first published June 19, 2020

Editor's note: CTV News Vancouver is a sponsor of the event.